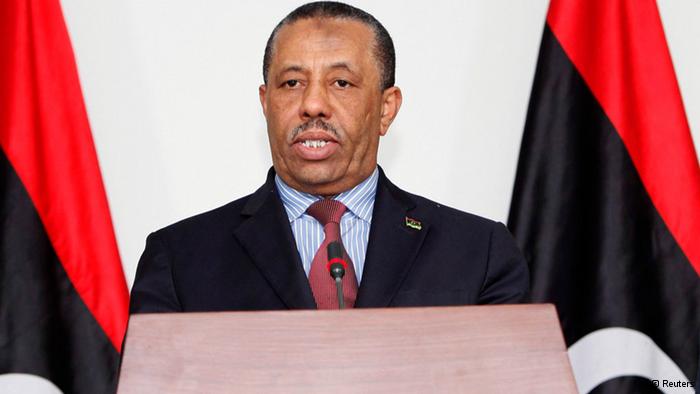 Interim Libyan PM to Leave His Post After He was attacked 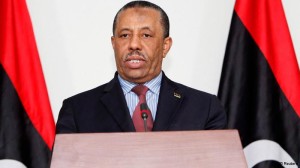 Interim Libyan Prime Minister Abdullah al-Thani has announced that he was leaving his post but stressed that would stay as head of the government until a successor has been named.
The announcement of the departure of the PM exacerbates the political tension in the North African country and shows the fragility of the Libyan government which has been in turmoil since the fall the Gadhafi regime.
Mr. Abdullah al-Thani has decided to step down after he and his family were the target of an armed attack by an unidentified men. He is the second Libyan prime minister to leave his post in three years.
Mr. Al-Thani served as Defense minister under the previous government headed by ex-prime minister Ali Zeidan who was ousted by the Parliament.
After the overthrow of Zeidan, the Libyan MPs asked the Defense minister to act as caretaker premier until a new head of government is chosen.
The majority of MPs were angry against the failure of Zeidan government to intercept the Korean-flagged tanker and prevent it from taking oil from a rebel-controlled terminal.
Mr. Zeidan, who has been supported by liberals, proved incapable of controlling armed militias that set out their own fiefdoms after the 2011 uprising that led to the collapse of Gadhafi regime.
He was even briefly abducted by former rebel militia in the heart of the capital last October.
Many Western countries are concerned that Libya could quickly become a failed state and a haven for al-Qaeda militants as armed militias continue to operate across the country committing widespread human rights abuses with impunity, fuelling insecurity and hindering the rebuilding of state institutions.