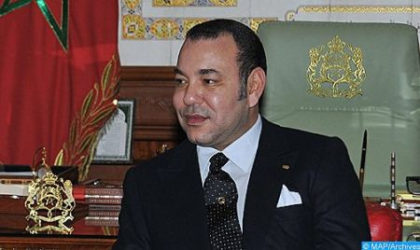 King Mohammed VI has sent messages of thanks and gratitude to the heads of state of the Gulf Cooperation Council (GCC) for their clear support for the Moroccan identity of the Sahara.

In these messages, the Sovereign expressed thanks and gratitude to the GCC leaders for their respective countries’ clear support for the Moroccanness of the Sahara, and highlighted the sincere feelings of friendship, distinguished partnership relations, and permanent solidarity binding Morocco to its Gulf brethren.

The Sovereign affirmed having followed with interest and consideration the frank and unequivocal support for the Moroccan Sahara and the territorial integrity of the Kingdom, expressed by the leaders of the Gulf countries, during the 42nd session of the Supreme Council of the GCC, held in Riyadh.

King Mohammed VI stated further that as he had stressed on the occasion of the Morocco-GCC summit in held in Riyadh on April 20, 2016, “The partnership between Morocco and the Gulf countries is not the product of conjunctural interests or ephemeral calculations. Rather, it draws its strength from the sincere faith in the community of destiny and the concordance of views regarding our common causes.”

The Sovereign who described the position of the GCC’s leaders as “noble” said this position underlines the shared belief in the community of destiny, and strengthens Morocco’s permanent and absolute commitment to the defense of the security and stability of the Arab States of the Gulf, as well as to the reinforcement of their strategic and exemplary partnership at the regional and international levels.

The 42nd Summit of the GCC High Council, held in the Saudi city of Al ‘Ula on Dec.14, reaffirmed in its final declaration its positions and its firm decisions in favor of the Moroccan Sahara and the preservation of the security and stability of the Kingdom of Morocco and of its territorial integrity.

The declaration welcomed in this connection Security Council resolution 2602 of October 29, 2021 concerning the Moroccan Sahara.

The High Council also underlined the importance of the special strategic partnership between the GCC and the Kingdom of Morocco as well as its effective implementation.

The GCC High Council is the highest authority and is made up of the leaders of the six member states.