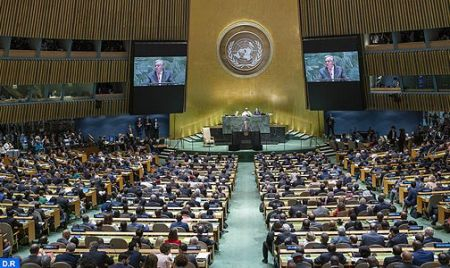 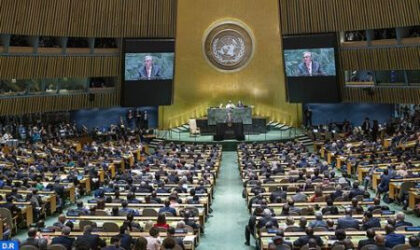 The UN General Assembly adopted, on Friday without a vote, a resolution approved by the 4th Committee last October, reiterating its support for the UN political process to settle the regional dispute over the Sahara.

The resolution calls on all parties to cooperate fully with the UN Secretary-General to achieve a political solution to this regional dispute, reported the Moroccan news agency MAP.

The resolution supports political process based on UN Security Council resolutions since 2007 to reach a just, durable and mutually acceptable political solution to the Sahara issue.

The resolution commends the efforts made in this regard, and calls upon all parties to cooperate fully with the secretary-general and with each other to find a “political solution that is mutually acceptable.”

In this resolution, the UN General Assembly also hailed the fact that the parties are committed to continuing to show political will and work in an atmosphere propitious for dialogue, on the basis of efforts made and new facts since 2006, thus ensuring the implementation of the security Council’s resolutions since 2007.
In this connection, the resolution expresses the support of the UNGA to the Security Council resolutions since 2007. These resolutions have all stressed the pre-eminence of the autonomy initiative presented by Morocco. The initiative was hailed by the UN Security Council and the entire international community as a serious and credible proposal for the final settlement of this regional dispute.

The text also supports the recommendations of the Security Council resolution N° 2440 and 2468 adopted respectively in October 2018 and April 2019, and supported by resolution 2494 dated Oct. 30, 2019, which set the parameters of the solution to the regional dispute over the Sahara, namely a political, realistic, pragmatic and durable solution of compromise.

These Security Council resolutions welcome the measures and initiatives taken by Morocco for the promotion and protection of human rights in its southern provinces, and the role played by the committees of the National Human Rights Council in Laayoune and Dakhla, as well as the interaction of Morocco with the UNHRC mechanisms.

The texts also reiterate the request of the UN executive body for the registration and census of populations in the Tindouf camps, and call for making the necessary efforts to this end.

Resolutions 2414 (April 2018), 2440, 2468 and 2494 enjoined the Polisario to withdraw from the Guergarat buffer zone and to cease all destabilizing actions East of the defense structure, and to refrain from any action likely to undermine the UN political process.