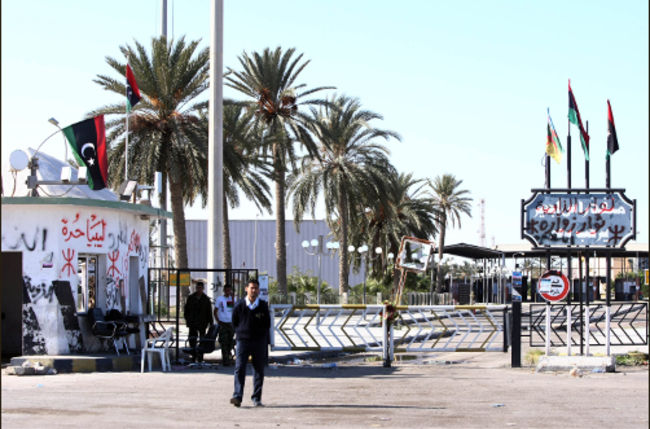 Tunisia and Libya to Secure Borders 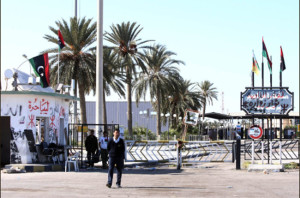 Tunisia and Libya agreed on Wednesday (April 9) that they would work together to keep the Ras Jedir border crossing open and secure. Traffic started moving across the major transit crossing already on Monday (April 7) for the first time in a month. Despite the impasse accompanying the discussion on the opening of the border, the Libyan Interior Minister, Saleh al-Barassi, and his Tunisian counterpart, Lotfi Ben Jeddou, opted for preserving the secure movement of citizens and goods across the border.
Libya’s al-Barassi said that the security of his country was tied to Tunisia’s security and stability and therefore cooperation will go on between the two countries. The security of Libyan nationals in Tunisia is not being questioned just like the safety of Tunisian citizens is unquestionable in “brotherly Libya”, Tunisia’s President Moncef Marzouik stressed. He had emphasized the need to increase the level of vigilance to deal with various threats to transition period and processes in both countries. The move to open Ras Jedir has been welcomed by residents of the border’s neighbouring regions. For instance, inhabitants of the Tunisia’s border town of Ben Guerdane will now be able to benefit again from heavy traffic flows at the border crossing.
Yet, few locals expressed their concern that there was failure to implement agreements signed between the two countries, which also explained occasional closures of the crossing. Although locals do not deny its importance, the fact is that the adjacent region had to face numerous tensions in recent past. Tunisians think that those can be only resolved by the Libyan government by controlling its soil, disbanding militia groups, banning weapons and building a modern state capable of protecting itself. Riadh Sidaoui, director of the Geneva-based Arab Centre for Political and Social Studies, said that the Libyan state was simply unable to secure itself from inside because some entities were planning to divide it. Therefore, the role of Tunisia now is to help Libya because they need it but also because a secure Libya will help establish a secure Tunisia.

North Africa Post's news desk is composed of journalists and editors, who are constantly working to provide new and accurate stories to NAP readers.
NEWER POSTGaddafi’s Officials to Be on Trial Soon
OLDER POSTEgypt: Central Bank blocks transactions with African and Arab banks