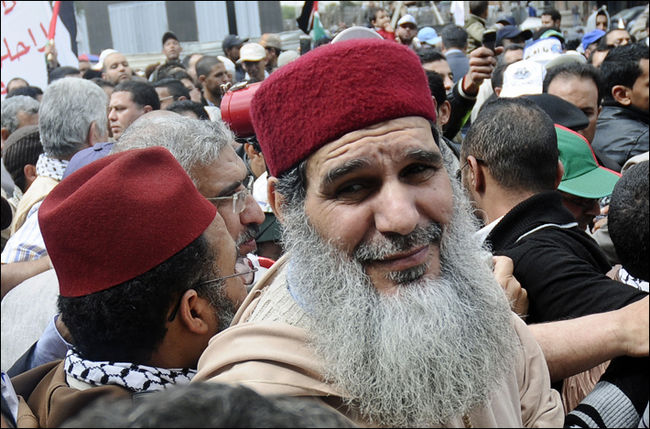 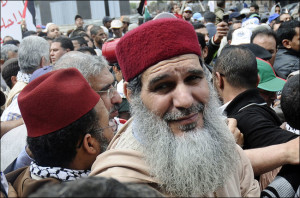 Morocco’s security experts, politicians and civil-society groups are asking the same question: will Morocco follow its regional neighbors to see a rise in radicalism? To that end, it seems that Moroccan government and its people do not fear salafists as much as they fear the Salafi Jihadism movement. This is why when Moroccan King Mohammed VI attended prayers, including a sermon given by cheikh Mohamed Fizazi, at a Tangier mosque on Friday (28 March), the event attracted a great deal of attention. The single most important reason was cheikh Mohamed Fizazi received a 30-year prison term for inciting the perpetrators of the 2003 Casablanca attacks before being freed under a royal pardon in 2011. The man, who is considered the leader of jihadist salafists in Morocco, started his career in 1976 as a preacher at a small mosque in Tangier. Cheikh Fizazi soon formed links with jihadist movements in Algeria and Europe.
The event, far from being an isolated religious circumstance, is widely seen as a symbolic turning point in the relationship between the Moroccan government and the salafists. Iqbal El Khazfi of the Centre for Political Science at the University of Casablanca argues that the Moroccan King’s appearance could be seen as a step towards reconciliation between symbolic salafist figures and the “political and legal sphere”. Mr El Khazfi also explained that “in such a context, Mohamed Fizazi, an emblem of salafist takfirism in Morocco, would be the shining example of this conversion, which the Moroccan authorities want to happen.” It was since 2011 that Morocco began releasing salafists convicted under the anti-terrorism law whereby this was interpreted as the state’s attempt to steer salafist thinking towards greater moderation while facilitating their integration into the society. Thus, Morocco’s recent strategy aims to reduce ideological polarizations with respect to the rehabilitation of Salafi-jihadis detained under the Anti-Terrorism Law.
During the sermon, Fizazi told worshippers that insecurity was symptomatic of a fresh outbreak of hatred between people. The battle against this menace required ulema – or educated class of Muslim legal scholars – to explain the relationship between rights and duties to worshippers. According to political analyst Manar Slimi, Morocco’s new approach was “giving an opportunity to salafists who want to review their position”. The royal pardon for jailed salafists is reportedly showing results, whereby the most obvious example could be Fizazi himself who has pursued a moderate path since his release three years ago. In this context, Mohamed Fizazi’s sermon before the Moroccan monarch fits perfectly into the country’s constant search for reconciliation, justice and religious tolerance.