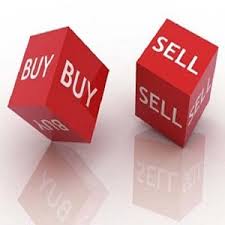 Stock markets in Egypt suffered another major loss with fingers pointing at different reasons after a successful 3month recording of gains. The main index slide by 3,5% but the Egyptian pound rose against the US dollar. Investors are skeptical about Egypt’s future especially with the fast approaching May presidential elections coupled with the continuous violence in the streets and deadly attacks on the military.
The losses recorded by the stock exchange are hard to swallow for some people. The Vice Head of the securities division at the Cairo Chamber of Commerce, Eissa Fathi, said the loss was due to the “violent tactics” practiced by the Muslim Brotherhood; a terrorist organization according to the government. He added that the selling of “shares at devalued prices” is “purposeful” because it is “not profit-taking.” Fathi defended that such reactions from investors are determined by the environment.
However, Mohamed Omran, the head of the Egyptian bourse thinks otherwise. He described the losses as being part of the normal cycle of the stock market. He said “the stock market is about gains and losses, not just profits as people think.”
The Egyptian pound has been under pressure since 2011 and foreign reserves are still below the half mark before the beginning of the revolution.
On Monday, Actis reduced its stakes in Commercial International Bank (CIB) Egypt’s largest listed bank by 2,6% without giving reasons for its actions. The shares were bought in the “open market” by a group of international investors from Egypt and other Arab institutions. Fathi reacted stating that the “foreigners were net sellers with that large amount due to the CIB transaction.” CIB stated that Actis sold a 2.6% stake in the bank “in the open market to a group of international investors.”