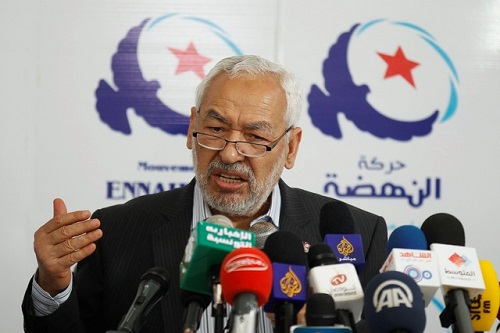 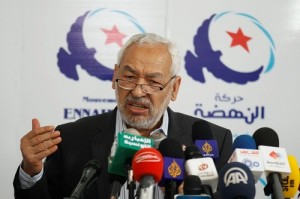 The co-founder and President of the Ennahda Party, Rached Ghannouchi, has revealed his views of what the future holds for Tunisia. Ennahda was heading a coalition government which was replaced by a technocratic government after two political assassinations. Tunisia has a new constitution and is preparing for elections. The country’s economy is struggling to recover from the effects of the uprising against Ben Ali.
Rached Ghannouchi hailed Tunisia for upholding the values and “good combination between Islam and democracy not forgetting human rights and universal values.” Tunisia’s has been able to approve its constitution with less violence compared to other regional countries. Its success is seen as move towards democracy with a very clear future especially with the help of the European Union in overcoming the transitional period.
If politically the results have been positive, the economy is still languishing behind. Ghannouchi believes that the government should continue promoting agriculture, industrialization, technology and health tourism. Income generated from these activities could help the government reduce the high deficit of the national budget. The deficit is undermining social stability because the government is forced to reduce its subsidies. He stressed that “at this moment, it‘s crucial to invest and support tourism in our country” which should be accompanied by the promotion of democracy in the country.
Tunisia could push forward several reforms after the elections and hope that citizens leaving abroad will return home to participate in nation building. Tunisia’s neighboring countries are all undergoing important stages in politics. Algeria will be holding presidential elections next month while Libya is still embattled in violence with rebels that helped in killing Colonel Gadhafi.
Ghannouchi returned to Tunisia at the start of the Arab Spring  in January 2011 and won the polls in the October.