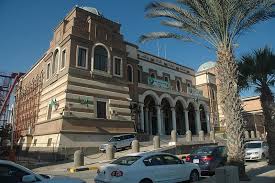 Spokesman Omar Hmeidan of the General National Congress has said that Libya will be taking a 2,55 billion Libyan dinar emergency loan to finance the functioning  of the government after lack of income.  Libya’s main source of income is oil and gas but the rebels have laid siege on several oil ports and fields thereby bringing production to lower than 300,000 barrels per day.
The Libyan central banks’ decision to take an emergency loan is due to the GNC members not being able to vote a budget for the current year which will soon be four months old. The Libyan currency is not expected to be affected because it is believed that the central bank stocked foreign currency reserves during the days of high oil reserves even though estimates can hardly be put forward by the analysts. The siege on ports and oil or gas fields has not shown any sign of ending any time soon.
Meanwhile, the GNC was able to agree on a 2,5 billion Libyan dinar emergency budget to be funded by a Central Bank loan. Spokesman Omar Hmeidan said 1.3 billion dinars of the loan would go to the defense and interior ministries, while 600 million dinars would cover basic services such as health, electricity and water. More than half of government spending typically goes on public salaries and subsidies for bread, petrol or other basic services, items difficult to cut without fueling unrest.
The rebels are also posing a lot of problems to the government. A couple of weeks ago, rebels in Benghazi, Eastern Libya, were able to load a tanker with oil and bypass government barricades before being stopped  by a U.S navy sea in the Mediterranean and returned to the officials in Tripoli.