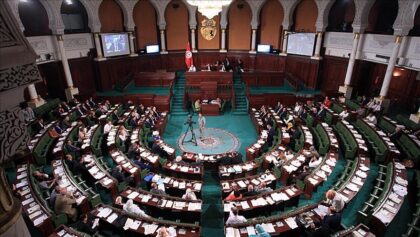 The Parliamentary Assembly of La Francophonie (APF) Wednesday suspended Tunisia’s membership owing to ongoing democratic deficit, a day after the International Organization of Francophonie (OIF) postponed the 18th Summit that was scheduled to be held in Tunisia in November this year to 2022.

“After exchanging views on the parliamentary good offices missions to Lebanon, Mali and Armenia, the members of the Bureau reviewed the political situation in the French-speaking world and took note of the de facto suspension of the Chadian, Guinean, and Tunisian sections from the APF bodies following the evolution of the situation in these three countries.”

The Bureau members also decided to put the section of the Central African Republic on alert and agreed to further support parliaments in crisis or transition situations towards the restoration of constitutional order and democracy, the parliament said in a statement.

Tunisia has slid into what critics of President Kais Saied have called dictatorship after the Tunisian President suspended the parliament and seized the executive power.

Saied since July 25 has imposed exceptional measures and extended them until further notice. The measures have raised eyes brows among Tunisia’s partners. The G7 last month urged Saied to restore the country on the democratic path.

Tuesday a meeting of the Permanent Council of the International Organization of the Francophonie (OIF) decided to postpone the 18th Summit to 2022 because of the current situation in Tunisia.