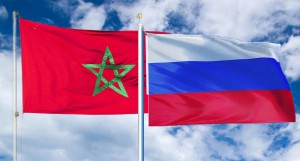 The postponement of the Russian-Arab Forum that was scheduled in Morocco on Oct.28 has fueled speculation about strained relations between Rabat and Moscow as the move comes after Moroccan flag-carrier has suspended flights to and from Russia due to spike of Covid-19 infections.

The Russian embassy in Cairo has informed the Arab League about Moscow’s decision of putting off the forum due to very tight schedule of foreign minister Sergei Lavrov who will not be able to attend the forum following a change in President Vladimir Putin’s agenda.

New dates will be proposed to the Arab League for the forum in November and December, said the Russian embassy.

A Moroccan foreign Affairs official, quoted by local media outlets, has denied press reports suggesting that a growing tension between the two countries is behind the postponement of the forum.

He said the event has been put off due to an update in Russian president agenda and a new date will be set on Oct. 15 for the Arab-Russian gathering to be convened in Morocco.

It is worth noting that the MINURSO is headed by Russian diplomat Alexander Ivanko. So far, Moscow has not shown animosity towards the Kingdom. It is better to avoid hasty conclusions and wait for its vote end of October at the Security Council on the renewal of MINURSO’s mandate to make a fair judgment.