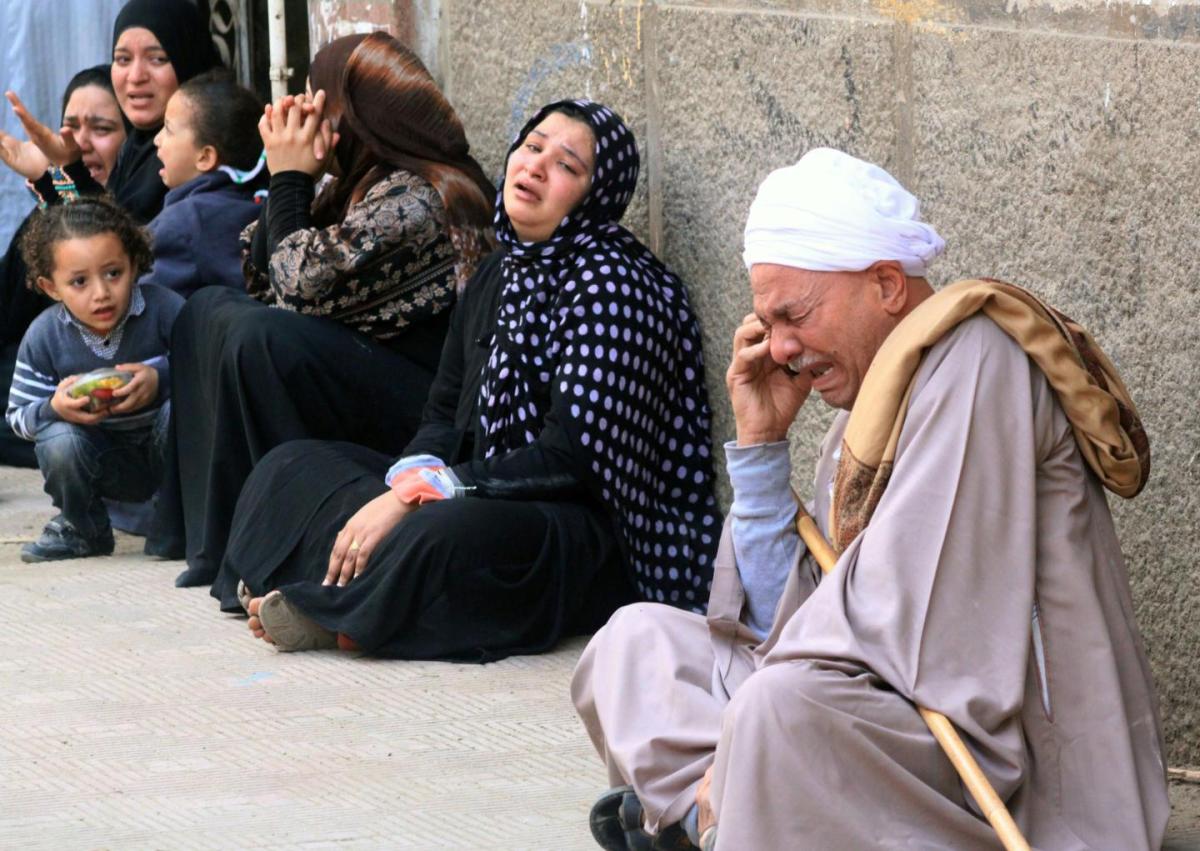 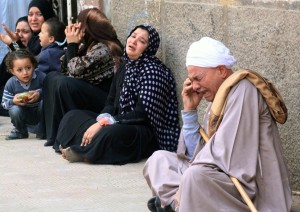 In an unprecedented move by Egypt’s judiciary, 529 people have been sentenced to death in the south of the country. After only two court sessions, a judge in the southern Egyptian city of Minya issued the verdict and harsh sentences. The convicted who are reportedly supporters of deposed President Mohamed Morsi, were accused of involvement in the death of a police officer during riots after Morsi’s ouster last summer. Karim Ennahar of the Egyptian Initiative for Personal Rights has suggested that the death sentences are unlikely to withstand appeal, but represent a clear message from the courts.
In a related development, Muslim Brotherhood’s most senior leader, Mohammed Badie, is to appear in court with more than 680 others charged with inciting violence and murder over the deaths of eight anti-Brotherhood protesters outside the movement’s headquarters in Cairo last year. All of them were convicted on charges including murdering a policeman and attacks on people and property. Mr Badie, the Muslim Brotherhood’s general guide, was arrested along with other Brotherhood figures after the Egyptian army ousted Mr Morsi in July 2013. Back then, the Egyptian army intervened after months of street protests against Mr Morsi – who was, perhaps paradoxically, Egypt’s first democratically elected leader.
Muslim Brotherhood calls protests as judge is accused of acting out of spite after two-day trial over policeman’s death in Minya.  Concerns over the integrity of Egypt’s legal system have deepened after 529 death sentences were given for the murder of a single policeman, in a mass trial that lasted less than two days. Legal experts and analysts have suggested that the sentences were likely to be commuted on appeal. But the very magnitude of the harsh sentences enforced heightened concern for Egypt’s rule of law amid a crackdown on political opposition. At least 16,000 mainly Islamist dissidents have been arrested since Morsi’s overthrow in July last year.

North Africa Post's news desk is composed of journalists and editors, who are constantly working to provide new and accurate stories to NAP readers.
NEWER POSTEgypt seals military cooperation with South Sudan
OLDER POSTTunisia Seeks to Do Business with the Gulf Countries