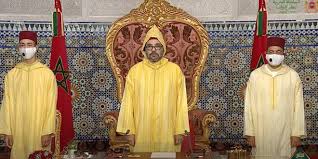 Morocco’s King Mohammed VI delivered a speech Friday marking the opening of the parliament fall session in which he urged the new cabinet and the parliament to strive to meet the goals of the country’s new development model.

After highlighting the positive prospects of the Moroccan economy and its promising outlook, the King urged the new government led by RNI leader Aziz Akhannouch to implement the development model, and launch an integrated set of next-generation projects and reforms.

“I hope this legislative term will be the starting point for this proactive, ambitious plan, which reflects Moroccans’ collective genius,” said the King.

“The development model is not a blueprint for development in the traditional, rigid sense of the term. Rather, it is a general framework which is conducive to action, which sets out new standards and which opens up vast horizons for everyone,” the Monarch said.

In this respect, the King underscored that the development model “is not a blueprint for development in the traditional, rigid sense of the term.” Rather, it is a general framework which is conducive to action, which sets out new standards and which opens up vast horizons for everyone.

“The new government is responsible for setting priorities and developing projects during its mandate, in addition to raising the necessary means to finance these projects, within the overall framework for implementing the development model,” the Sovereign said.

The government is, therefore, “expected to complete the implementation of the major projects started, especially that of achieving universal access to social protection,” the King said.

He paid particular attention to the reform of the health system “in accordance with the best standards, making sure the public and private sectors complement each other.”

The King called for applying the same logic to the reform of public enterprises and reform of the tax system, urging greater coordination, harmony and synergy between public policies and follow-up to implementation.

In this connection, the King highlighted the need for a reform of Morocco’s statistics agency the HCP as a mechanism to assist in the strategic coordination of development policies and to ensure follow-up to the implementation of the development model.