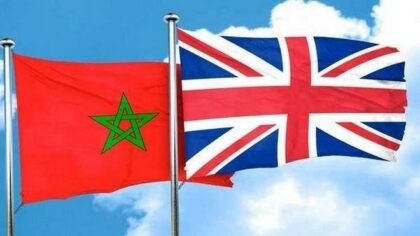 The health sector in Morocco offers huge opportunities for foreign investors, including from the United Kingdom, participants in a webinar held by the British Chamber of Commerce for Morocco (BritCham) stressed on Thursday.

The booming sector of health is favored by the evolution of the regulatory framework, public-private partnerships and the rise of telemedicine, the participants explained at the event on “Morocco’s health sector opportunities: Between ambitions and challenges.”

Azeddine Ibrahimi, professor of medical biotechnology at the Mohammed V University of Rabat, highlighted the advantages of investing in the Moroccan health sector, noting the country’s privileged geographical position which allows smooth access to African markets.

He also highlighted the major projects underway in the sector, led by the industrial unit for the manufacture of anti-Covid-19 vaccines and other vaccines in Benslimane, stressing the importance of the emergence of an ecosystem able to produce medical technologies centered on Morocco and foreign markets.

The North African Kingdom is resolved to promote Morocco-made vaccines and drugs, he said.

For his part, Hassan Belkhayat, co-founding partner of Southbridge A&I stressed the remarkable growth of many start-ups operating in the health sector, recalling the boost given to this sector by the New Development Model (NMD).

The stakeholders of this sector benefit from a favorable climate for their growth, given the evolution of the regulatory framework including the law on telemedicine and the establishment of the Mohammed VI Fund for Investment, he stated.

For his part, Hassan Ghazal, president of the Moroccan Association of Telemedicine and eHealth, deemed it necessary to implement more training programs for health professionals, to meet the increased need for skills in the sector.

Given their expertise, the UK operators can contribute to the promotion of the Moroccan health sector, marked by an increasingly intense digitalization, he explained.