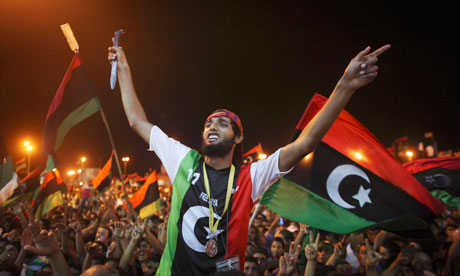 Libya : Government Has Called for Help to Eradicate Terrorism 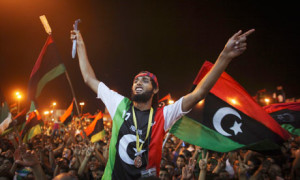 The call came at a moment after several important state institutions suffered from militia attacks. The government’s statement shows that the Libyan government has been struggling to control the militias after the fall of Gadhafi.
Tripoli is already organizing its forces for the crackdown. The security forces of the government are expected to have a very little impact because they are ill-equipped and poorly trained. The government said the eradication of “terrorist groups” was necessary after they started to attack security services and Westerners. The General National Congress has also suffered from several attacks.
The statement on the government’s website announced that “the nation” has found itself “in a confrontation with terrorist groups” and stressed that “there will be no place for terrorism in Libya and Libyans must be prepared for such a battle in terms of caution, awareness and sacrifice.” The statement stopped short of identifying the terrorist groups or where they are located. It is also the first time that a post-Ghadafi government acknowledges the presence of “terrorist groups.”
Political analyst Salem Al Allagui cautioned that the call for international help should not be interpreted as foreign intervention, which could transform the country into “a land of jihadists” to which extremists will flock to fight Western powers.
Libya is hoping that the United Nations will heed to its call before individual countries react. While waiting on proposals, the government will be using “the national military force” to confront the terrorist. Allagui said the government faced an uphill battle as militants who have until now mainly targeted the security forces and Westerners could swing their sights on civilians and public places.