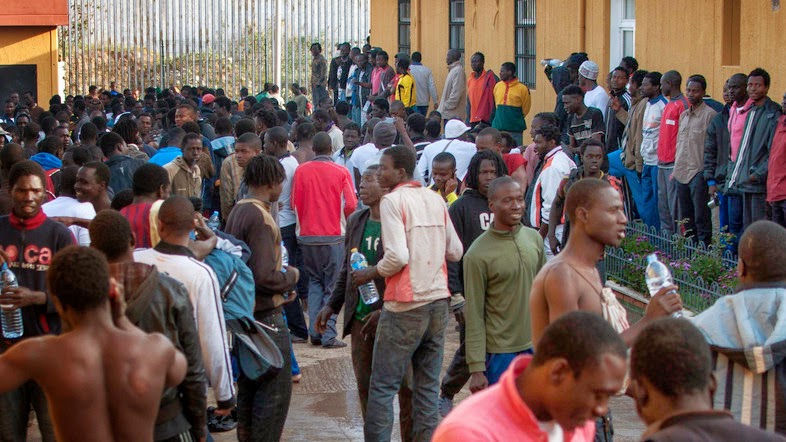 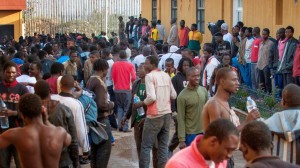 About 500 people stormed Spain’s North African enclave of Melilla on Tuesday (18 March), which is the largest number to force their way across the border in almost a decade as increasing naval patrols discourage entry into the territory by sea. Spain has two enclaves in Morocco – Melilla and Ceuta – and migrants mainly from sub-Saharan Africa regularly try to reach them. The desperate migrants mostly attempt to get in by climbing the triple barbed-wired barriers that separate them from Morocco, which often leads to injuries and even deaths.
Under the cover provided by dense fog to sneak up to the crossing and climb the high wire fence, a total of 1,100 people or about 600, according to Spanish and Moroccan figures, made a rush across the border throughout the night and morning. Subsequently, about 300 of them were arrested and at least 28 were injured. Abdelmalik el Barkani, the Melilla governor, told the journalists that “there’s been a mass rush [that turned] unfortunately violent, which has become the norm. On the Moroccan side they threw stones, sticks and other objects at the security forces.” The result has reportedly been five police officers injured by throwing stones.
In February, the EU asked Spain to explain why its police responded to a group of African migrants trying to swim to Spanish enclave of Ceuta by firing rubber bullets in warning, which caused panic among the immigrants leading to a death of fifteen of the men. Thousands of migrants camp for months around the area of Beni Chiguer, from where the attempts to storm the Spanish enclaves are usually made. The area is covered in shrubs, providing daytime cover for people who then attempt to cross by night. Many of the migrants, who usually enter the enclaves without official documents, personal belongings and wearing just flimsy shoes and shorts, later end up in continental Spain and either stay there or travel throughout continental Europe.