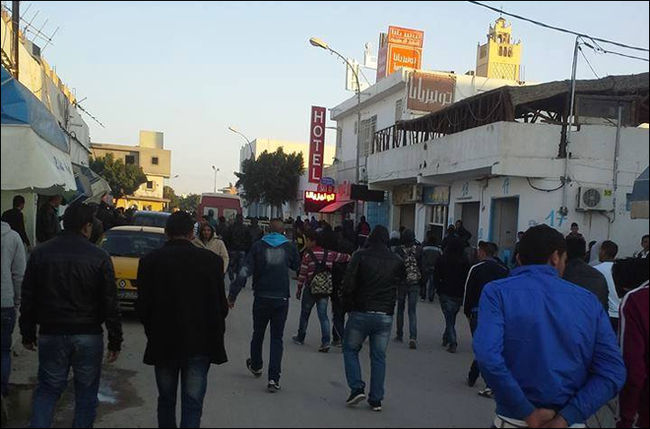 Talks on the Opening of Libya-Tunisia Border Crossing Launched 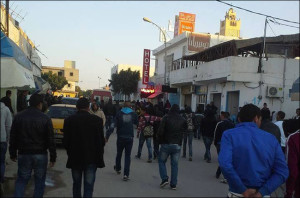 Negotiations on restoring peace and stability on the border crossing Ras Jedir between Libya and Tunisia started on Friday (March 14). Their ultimate aim is to open the border and restore commercial activity taking place in the vicinity of the crossing. The negotiations come after weeks of rising tensions in southern Tunisian cities along the border where most people live on trade. The closure of Ras Jedir crossing that started on March 9 has deprived many locals of their livelihood. The closure has also been accompanied by clashes and rioting after Tunisian Prime Minister, Mehdi Jomaa, had visited the crossing. His failure to come up with a solution to re-open the important border crossing also contributed to the general upheaval.
Demonstrators protested with the banners that called for the government to take measures so that the economic activity around the crossing could be restarted as soon as possible. Many protesters live on trade as there is a lack of any form of development projects in their region. Although the Tunisian side is not responsible for the closure of the border, locals turn to Tunis to quickly solve the whole issue. Ras Jedir has been closed at the request of Libya, which wants to first manage its own internal security and stability. As a matter of fact, the country announced their decision to close the crossing already in late February.
As of now, the negotiations are believed not only to open the border but also deal with the continued presence of irregular groups controlling Ras Jedir, which also deepened the tensions. In addition to solving the very closing of the border crossing, residents of the region are calling for the creation of a free trade area in the border zone. They believe that free trade could strengthen mutual economic ties between Tunisia and Libya as well as eliminate smuggling.