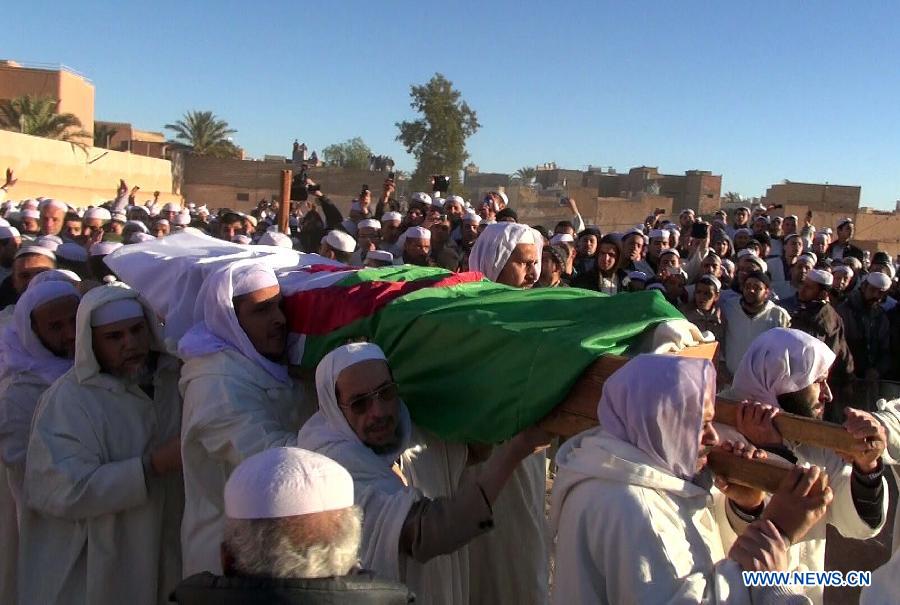 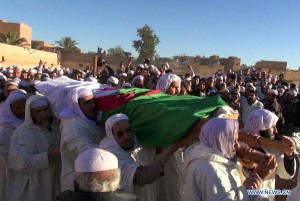 Algerian authorities have reacted to the new waves of violence in the province of Ghardaia after three people were killed. The Interior ministry has increased anti-riot troops to control the violence. Interim Prime Minister Youcef Yousfi has visited the area and called for an investigation. Clashes between the Arab Chaamba community and the Mozabite Berbers of the Muslim Ibadi sect started around the end of last year but were suspended after a truce. There are fears that the clashes which started due to the destruction of a historic Berber shrine could spread across the region could develop into a regional problem. The province of Ghardaia is a strategically located near the oil and gas rich regions in the Algeria’s desert.
The latest clashes were ignited by the visit of almost 200 Mozabite families to inspect their homes after haven being forced out from their mixed neighborhood of Hadj Messaoud.
Since December, the violence has already claimed 13 lives and many more have been left injured. In recent years, increasing reports of violence have emerged in different localities in this desert province of 200,000 inhabitants, which was previously known for as a quiet, tourist destination region and UNESCO world heritage status. Two Mozabite doctors said more than 100 people had been wounded but are reluctant to go to hospital for fear of being arrested. Security forces were also injured during the clashes.
The clashes between the Arab Chaamba community and the Mozabite Berbers of the Muslim Ibadi sect came as a surprise to many because they have coexisted peacefully for centuries. Limited economic opportunities despite vast oil and gas wealth are expected to have aggravated social tensions. Berbers account for 30% of the population and have long remarked that they have been marginalized.

North Africa Post's news desk is composed of journalists and editors, who are constantly working to provide new and accurate stories to NAP readers.
NEWER POSTTalks on the Opening of Libya-Tunisia Border Crossing Launched
OLDER POSTTunisia Asks Its Citizens for Help amidst Budget Crunch