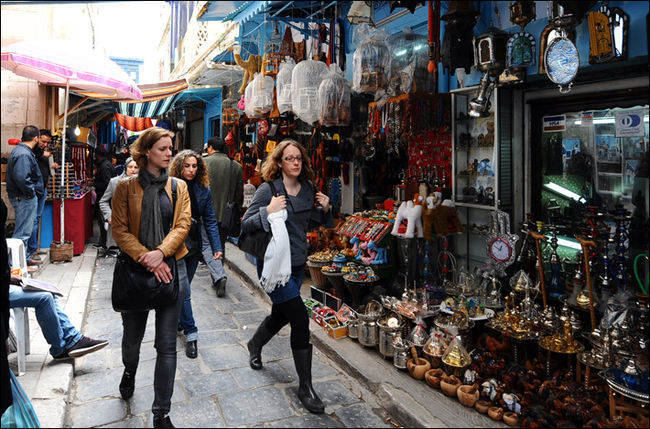 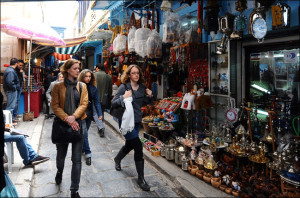 Maghreb region’s products and tourist attractions were showcased in the world’s largest travel trade fair – International Tourism Exchange – in Berlin that wrapped up in the German capital on Sunday (9 March). The high-profile venue was attended by tourism professionals from Algeria, Tunisia, Libya and Morocco whose Tourism Minister, Lahcen Haddad revealed his plan to turn the North African kingdom a world leader in environmental travel. His idea is also supported by Nada Roudies, secretary-general of the Moroccan tourism ministry, who stressed that “[Morocco’s] 2020 strategy for developing tourism relies on development and job creation [and this is why] we now seek to be among the world’s top 20 countries in attracting tourists, and we aspire to be a model tourist area in the Mediterranean Sea.”
Also Algeria aspires to turn the tourism sector a pillar of its national economy by attracting foreign tourists to its history, identity and natural and historical attractions. Apart from these ‘products’, the Algerian pavilion displayed also a strong presence of handcrafts to attract foreign visitors. According to Anbees Hocine of the Algerian Tourism Ministry, since tourism is one of the important economic sectors in the Maghreb countries, “we want to make tourism an economic, cognitive, social and cultural… bridge between us and our Maghreb neighbors.” He also explained that the Algerian tourism development strategy should draw on its cultural tourist products as well as its large desert that should be promoted, while stressing that “[Algeria has] long experience in this type of tourism, and therefore, Morocco and Tunisia can benefit from us in this field,”
Meanwhile, the Tunisian wing at the event highlighted the works of artisans as well as promoted its beach holiday products. Tunisia’s travel sector was hit hard during and after the Arab Spring revolution, but it seems to have recently been in the process of slow recovery. Tunisia has long aimed to be seen as country open to its neighbors. It is then hardly surprising that the biggest market in terms of tourists coming to Tunisia has been the Libyan market, as more than 2 million Libyans entered Tunisia in 2013. Another important regional source of tourist revenues for Tunisia has been the Algerian market which accounted for about 600,000 tourists last year. Tunisia is also trying to tap into the Moroccan market but –- also owing to the geographical distance – the number of Moroccans who came to visit the country in 2013 does not exceed 35,000. Libya also sought at the Berlin show to present its image as a new, free, democratic country that broke all ties with the previous era. Libya is also calling on its regional neighbors for the establishment of a Maghreb tourist union that would help turn the region into one of the most important tourist hubs in the world.

North Africa Post's news desk is composed of journalists and editors, who are constantly working to provide new and accurate stories to NAP readers.
NEWER POSTEgypt: Ambassadors’ joint statement for respecting rights and liberties in the country
OLDER POSTAlgeria: PM Sellal to resign