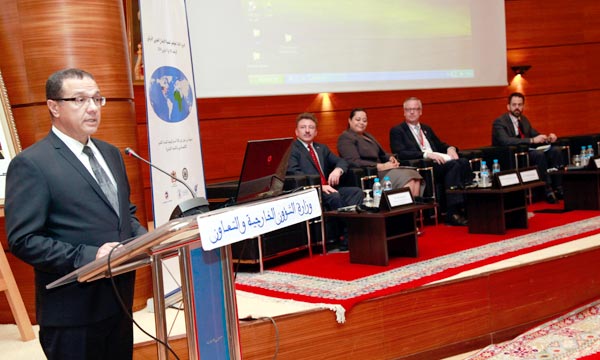 Morocco, a Launching Pad for US Investors in Sub-Saharan Africa 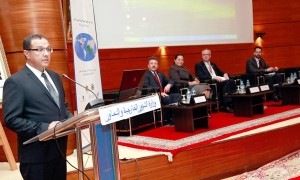 Morocco which boasts a genuine growth potential in addition to its political and economic stability can serve as a launching pad for U.S. investors wishing to operate in sub-Saharan Africa.
The statement was repeated as a leitmotiv by several US and Moroccan officials and economic operators who were attending the second US-Morocco business development conference held earlier this week in Rabat.
The attendees have all underlined that the North African country can be a hub wherefrom U.S. companies can easily reach Africa and stressed the opportunities offered by the Moroccan-American Free Trade Agreement (FTA) implemented since 2006.
Morocco is the only African country to have signed a FTA with the United States. This FTA has been described by the State department as “one of the United States’ most comprehensive free trade agreements” which eliminated tariffs on 95 percent of traded goods and bolstered trade and investment between the two countries, resulting in two-way trade valued at $3.79 billion in 2011.
In 2012, the over 120 American businesses operating in Morocco had invested $2.2 billion and created more than 100,000 direct and indirect jobs.
Moroccan economic operators deem however that more efforts are required to achieve the full potential of the FTA, open genuine opportunities to boost Moroccan exports to the USA and attract more U.S investors to the country.
Many Moroccan businessmen and heads of enterprises, including the President of the General Confederation of Moroccan Employers, (CGEM) deplored the fact that the trade balance between the two countries is constantly showing a deficit to the detriment of Morocco, which requires further efforts to enhance the volume of Moroccan exports to the United States.
Several participants underlined that since the entry into force of the FTA in 2006 Morocco’s imports from the USA have more than quadrupled but exports have not followed the same trend.
Whatever the grievances of the ones or the others, both sides agree that their bilateral cooperation can genuinely flourish if they set up joint ventures for trade and investment in Africa.
As an echo to the latest four-nation trip that led the king of Morocco to Mali, Cote d’Ivoire, Guinea and Gabon and that was described by many observers as very successful, the second business development conference actually focused on the African dimension in US-Morocco relations.
Participants have thus underlined that the numerous agreements concluded between Morocco and Sub-Saharan countries –just during the latest royal tour nearly 100 accords were signed between governmental institutions and private economic operators- can offer interesting opportunities for Moroccan-U.S. joint ventures and expand the scope of Moroccan-American joint initiatives in the continent that already include food security and renewable energy.
Morocco, which is bound to Sub-Saharan Africa not only by economic links but also by very firm cultural and spiritual ties, is the second African investor in the continent that is showing one of the highest world growth rates, underlined many speakers who also hailed Morocco’s leadership in strengthening regional cooperation.
Thanks to its close relations with Africa and thanks to its political stability, strategic location as a gateway to Europe and to sub -Saharan Africa, steady macroeconomic environment, diverse and service-oriented economy, skilled labor, a welcoming environment for foreign investors, a state of the art financial center (the Casablanca Finance City), in addition to a strong presence of Moroccan enterprises in Africa, Morocco can be a key player in a tripartite Moroccan-U.S.-African partnership, said the participants who called U.S. economic actors to actively engage in the development of business opportunities with their Moroccan counterparts and help Morocco fulfill its ambition to become a platform of entry for investment in Africa.

North Africa Post's news desk is composed of journalists and editors, who are constantly working to provide new and accurate stories to NAP readers.
NEWER POSTAlgeria: PM Sellal to resign
OLDER POSTPro-Security Protests in Libya while the PM Forced out of Power