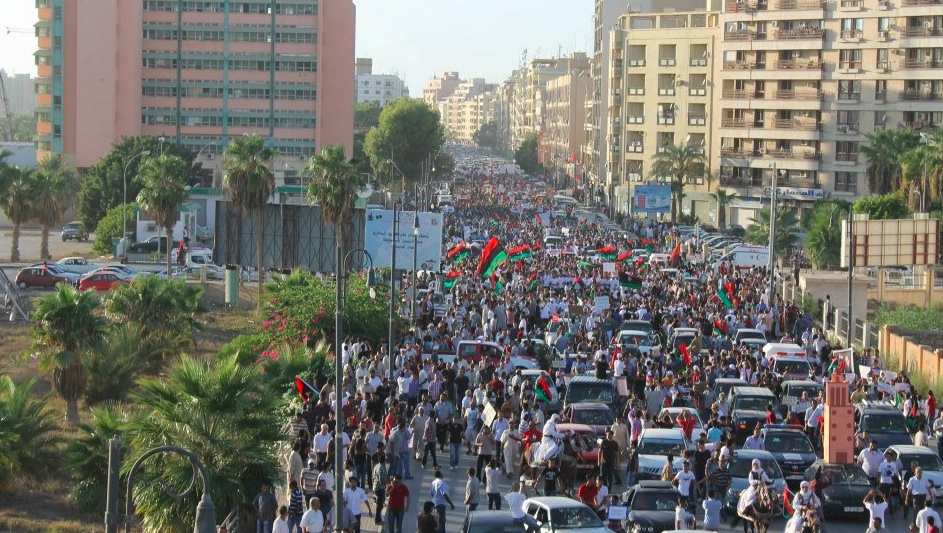 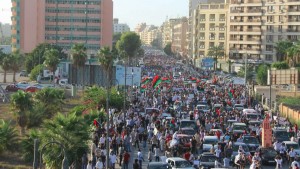 Last Friday (March 7) saw hundreds of Libyans marching in the streets of Benghazi to call for security – only one day after the international community gathered in Rome to discuss the security in Libya to find ways to forestall its further descent to lawlessness. The French Foreign Minister, Laurent Fabius, said that the situation in the country was very worrying with the conditions being the worst in the South. He said that France had decided together with Germany and Italy to move in order to secure arms depots under the control of rebels in the country.
Participants at the Rome Conference asked Libya to try to achieve national reconciliation and transitional justice as well as to support security institutions in the country. They also asked political forces to deal with their partisan issues in order to install stability and security and promote a peaceful transfer to power through legitimate mechanisms bereft of violence. The international community also urged Libya to adopt a comprehensive approach to collect ammunition and weapons, secure the border, and reduce kidnappings, assassinations, arbitrary arrests, and violence. They also demanded that the power of the state should be enhanced and terrorist threats contained.
The demonstrators in the Benghazi’s Tahrir Square issued a declaration demanding the activation of former insurgents as well as their return in order to ensure security in the city and restore its stability. They also demanded the government to build police, national force, and an army very fast so that residents may carry on living peaceful and safe lives. Other protests took place in front of the Tibesti hotel with the objective to activate army and police. In the meantime, a bomb exploded near the place lightly injuring a Moroccan man and a police officer and a former security officer were killed by gunmen in Benghazi.
In a separate development, Libya’s parliament has forced out the Prime Minister, Ale Zeidan, in a vote of no confidence, a move prompted by what seems to be an escalating crisis when a militia controlling an eastern port defied Tripoli’s authority by trying to sell oil. The country’s defence minister was appointed as an interim prime minister until a replacement for Ali Zeidan is found. The vote of confidence followed the standoff between the central government in Tripoli and powerful militias in the east of the country.

North Africa Post's news desk is composed of journalists and editors, who are constantly working to provide new and accurate stories to NAP readers.
NEWER POSTMorocco, a Launching Pad for US Investors in Sub-Saharan Africa
OLDER POSTMorocco’s Crack-Down on Criminal Network Recruiting for Al-Qaeda