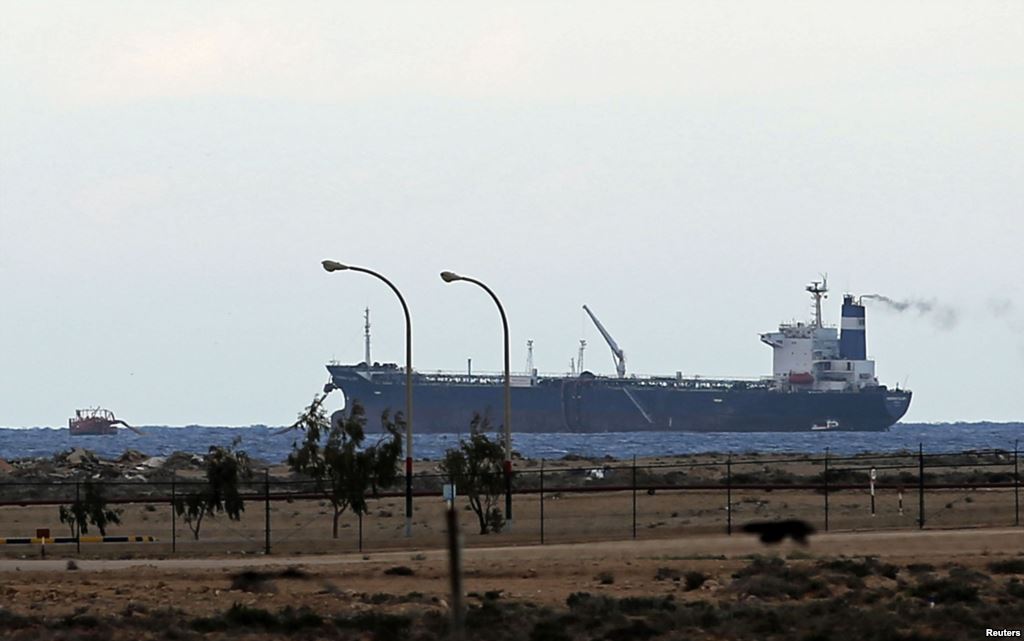 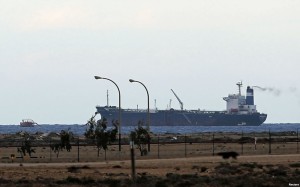 Libya’s navy and pro-government militias have sent ships to an anchorage held by armed demonstrators to prevent a North Korean tanker from leaving with oil that it had bought without a permission of the Libyan government. The tanker docked at Es Sider on Saturday, one of Libya’s three harbors seized by rebels since last August to push for autonomy and a greater share on crude revenue. According to the local daily al-Wasat, the boat had stowed crude worth about 36 million USD.
The oil sale “supervised” by rebel groups reflects the deepening disorder in which Libya has found itself. The country has failed to bridle fighters who helped topple Muhammad Gaddafi three years ago but now challenge the authority of the state. In Tripoli, workers of a state oil company that runs Es Sider went on strike, which put pressure on the government to act as their colleagues were challenged by armed demonstrators. According to eye witnesses, the harbor’s control officer is being held at gunpoint by armed men who also made a pilot to lead the tanker into the dock.
Libya’s Prime Minister responded to these developments saying that the military would bomb the tanker if it tried to leave the harbor. Despite warnings, there has been no sign of military action so far although the navy has sent a few boats to prevent the tanker from sailing away. Now, the tanker’s movements are allegedly under complete control. According to Libya’s Culture Minister Habib al-Amin, the tanker is now meant to stay where it is. He added that all efforts would be taken to stop and seize the tanker, if necessary, even by a military strike. He said that Libya would treat the loading of oil as smuggling.