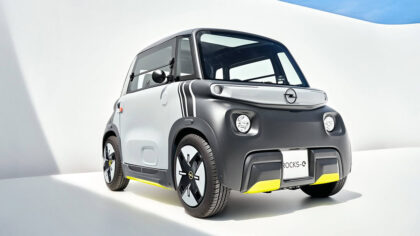 Stellantis group has announced that its supermini electric car Opel Rocks-e will be produced in PSA plant in Kenitra where Citroen Ami is also manufactured.

Stellantis was created in January 2021 after a merger between Fiat Chrysler and PSA. The group is now the world’s fourth-largest car manufacturer with eyes set on promoting the shift to electric driving.

The new investments will also lead to offering 3000 jobs for engineers by 2022 which will add to the 2500 engineers currently working at the PSA plant in Kenitra.

PSA cars produced in Morocco currently have a local sourcing rate of 60% and Morocco aspires to increase the rate to 80%.

Renault has earlier said it plans to spend 2.5 billion euros in locally produced parts by 2025. It also targets an increase in the rate of local sourcing from 65% currently to 80% in the medium-term.