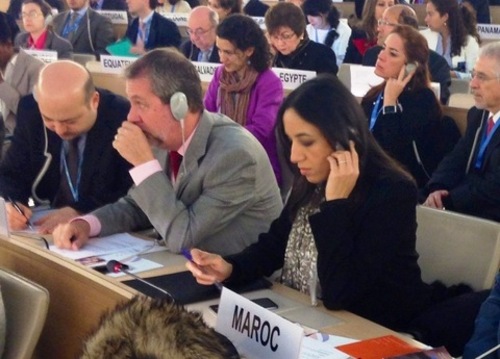 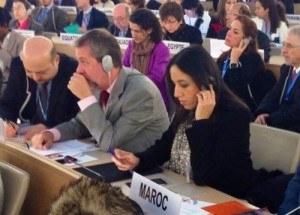 The United Nations has been informed that Morocco would brush up its migration policy so that about 40,000 currently illegal migrants are to be given an official migrant status. Since its implementation ten years ago, Morocco’s migration policy has been hailed as an example of a successful government policy. The European Union as well as the International Organization for Migration (IOM) described the policy as “pioneering and courageous” as it focuses on the promotion, legalization, and enhancement of the rights of migrants.
Morocco’s Minister-Delegate for Foreign Affairs, Mbarka Bouaida, spoke at the United Nations Human Rights Council (UNHCR) in Geneva on Tuesday (March 4) where she emphasized the need for UN member states to merge their efforts to include the problem of migration in post-2015 development agenda. The country’s new approach to migration policy is on the right track. About 12,000 immigrants have already submitted their application to legalize their status, the National Human Rights Council reported. Anis Birou, Moroccan Migration Minister, commented that there were tens of thousands of people without proper papers and this new process would allow them to get the same rights as Moroccan nationals in order to help them integrate as smoothly as possible.
In the meantime, Moroccan Human Rights Council asked the Ministry of National Education to make it possible for children of illegal migrants to attend school. Furthermore, there will be awareness-raising meetings that should keep migrants informed about the ways how to contact immigration officers and check their regularisation status. Thanks to the country’s effort to handle illegal and irregular migration, including that of sub-Saharan nationals trying to get to Europe, Morocco has won accolades of a number of policy makers and analysts. Nevertheless, the country should get more international support so that the main objectives can be achieved.