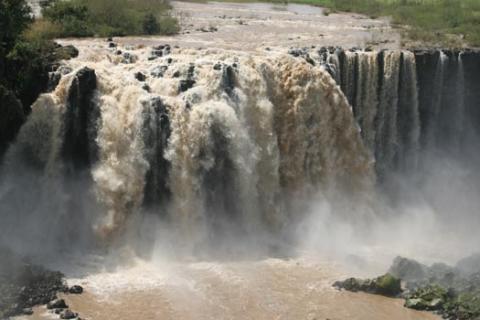 Nile Dispute and the Dilemma of National Approaches 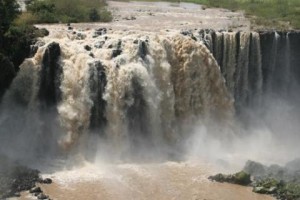 Amid deep political turmoil, there is a mounting concern in Egypt as Ethiopia forges ahead with its plan to build the $4.8 billion Grand Renaissance Dam on the Nile’s main tributary. The hydroelectric dam, to be Africa’s biggest, sounded the alarm bell for Egypt due to its possible impact on the flow of the river. After negotiations with Ethiopia and Sudan reached a dead-end, Egypt is now engaged in a diplomatic campaign aiming to halt European Support for the project. During a recent visit to Italy, Egypt’s irrigation minister asked his interlocutors to attempt to convince Italian companies to halt works on the dam. He was told that the Italian government has no authority over Italian companies operating abroad. However, Italy offered instead to mediate between Egypt and Ethiopia.

The Egypt-Ethiopia dam row takes place in a context of water scarcity in the region offering a vivid example of the irrationality of national approaches to the use of water in shared rivers. The surge in population growth, the expansion of industrial and agricultural activity and the irregularity of rainfall are putting enormous pressure on the Nile riparian states to meet the increasing domestic demand on water. This, in turn, fuels inter-state competition and leads to unilateral measures creating a situation that feeds into the pessimist forecast of a looming war over water in Northeast Africa.
Although conflicts over the Nile led more to cooperation than confrontation in the past, there are examples in recent history where national initiatives to secure water supply caused armed conflict. In the Middle East, Syria’s attempts at diverting the Jordan River during the 1960s raised Israel’s concerns over its water supply leading indirectly to the Arab-Israeli war of 1967. Syria and Iraq were on the brink of war in 1978 when the former completed the Thawra dam on the Euphrate River and began to fill in the lake Assad which reduced the flow of the river to Iraq. Turkey’s plans to build water reservoirs on the Euphrates and Tigris rivers impacted the water flow to downstream states simmering tension during the 1990s.
The current dispute over the Nile fits into the dilemma of collective action. The resort to unilateral approaches to the strategic use of shared rivers risks to impact negatively on other riparian countries’ supply of such a critical resource. For Egypt, the river represents its only source of water and has thus been at the heart of its national strategy to an extent of being spoken of as a matter of national security. It is no coincidence that the building of the Aswan Dam in southern Egypt was considered as the country’s biggest project in the 1960s by the then President Gamal Abdel Nasser. The dam created a significant water reservoir called Lake Nasser, the largest manmade lake in the world.

Egypt has maintained the upper hand over the bulk of the withdrawals from Nile since the 1929 agreement signed with Britain, the colonial power at the time in the Nile upstream countries. The agreement gave Egypt the right to veto any project that would affect the flow of the river. The deal largely favored Egypt to the detriment of upstream states. It has also buried attempts to put in place a collective management of the Nile basin, such as the Century Storage Scheme.
Developed in 1920, the Century Storage Scheme was designed to achieve a multilateral management of Nile flow that would enable all upstream and downstream countries to have a proportionate share of water. Under the project, a dam was supposed to be built in Lake Victoria where evaporation rates are lower in order to provide irrigation water for Egypt and Sudan as well as hydroelectricity for Uganda where the bulk of the rural population lacks access to electricity. The Jonglei canal was also included in the plan to maximize the Nile’s capacity through reducing evaporation. The canal was never achieved due to the civil war in South Sudan.
In 1959, Egypt signed another agreement with Sudan that reinforced its control of the Nile. The newly independent upstream countries questioned the legality of such agreements signed during the colonial era and called for a revision that takes into account their national development requirements. Egypt responded by systematically discarding any attempt that would alter the status quo.

Water, the only matter that could take Egypt to war again

The Nile is treated as a matter of national security in Egypt to an extent that any move to affect the flow of the river would constitute a Casus Belli. After securing peace with Israel, President Saddat of Egypt said that “the only matter that could take Egypt to war again is water”. During the 1990s when the Sudanese government spoke of revising the 1959 agreement the then Egyptian President Hosni Mubarak riposted that such a step would lead to a military response that is “beyond anything they can imagine”.
With the launch of works to build the hydroelectric dam, Ethiopia violates the colonial-era agreements in defiance of Egypt. For Ethiopia, building the dam is a matter of sovereignty and national pride on which high hopes are pinned. The dam will generate the electricity needed for 83% of Ethiopians with a potential for exporting the energy surplus. Works are ongoing as negotiations with Egypt come to an impasse. If a win-win solution is not reached and the amount of Nile water in the downstream is diminished, Egypt is very likely to consider an air strike, since it maintains a superior air force compared to all upstream countries combined.

In light of the lack of trust and the absence of genuine regional conflict resolution mechanisms, there is a reason to believe that national approaches to the use of Nile water may lead to confrontation and instability. The dispute over the Nile is further exacerbated by water stress caused by the dramatic increase in population growth. By 2050, Egypt’s population is expected to jump from 83 million to 130 million and that of Ethiopia will grow from 83 million to 174 million, while the population of both South and North Sudan will reach 76 million by the same year.
The agreements signed to regulate the water flow are inadequate and obsolete. Any move by upstream countries to build dams may ignite the fears of downstream states, notably Egypt, which uniquely depends on the Nile for its water supply. The demands of the new state of South Sudan to take its national interests in the Nile into account are further complicating the situation. As long as national initiatives are not subordinated to multilateral approaches involving all states concerned, tension will continue to simmer.