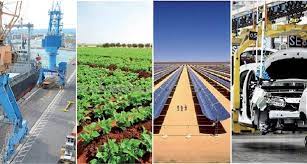 The Polish newspaper “innpoland” has praised the business climate in Morocco and the investment opportunities offered by the Kingdom.

The paper, which published Friday an article on the Kingdom’s economic assets, stressed that “if the word Morocco evokes beautiful landscapes, excellent cuisine and other things that together make it an ideal destination for tourists (…) the country has also become today a leading destination for foreign investments.”

Innpoland which highlighted Morocco’s successful management of the COVID-19 pandemic pointed out that Morocco has managed to turn the hostility of the health crisis into a development asset as it has adapted its economic fabric and oriented its industry towards vital sectors.

The author of the article also underlined that Morocco, considered to be the gateway to Africa, offers the perfect opportunity for Polish companies that want to establish their business in the country.

“Morocco is one of the most important countries in North Africa and a promising market for Polish companies,” the paper said, quoting Paweł Jabłoński, Polish deputy foreign minister for Africa and the Middle East.

In this regard, the newspaper listed the various infrastructures, tax and administrative facilities offered by the Kingdom, which make of the country one of the most attractive destinations for foreign investment in the southern Mediterranean region.

Additionnally, connections between the two countries will be easier as of November this year as Poland is among the European countries that Ryanair plans to link to Morocco’s Atlantic resort of Agadir.

The air company, which announced the setting up of its third African base in Agadir last June, said that as of November 2021, it will operate 25 new routes from Agadir to key tourist emitting destinations, including Ireland, France, Spain, Portugal, Italy, Germany and Poland.