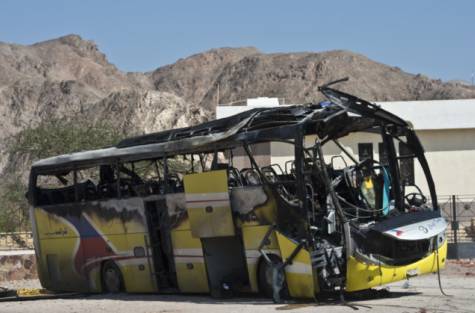 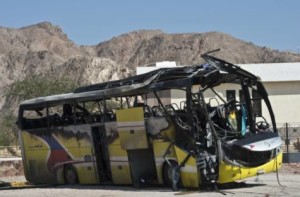 The attack of last February 16 near the resort of Taba, claimed by Sinai-based Ansar Bayt al-Maqdis group, has heavily impacted Egyptian tourism as many Western countries have warned their citizens to avoid visiting Egyptian tourism sites, including in the Sinai and Taba.
Meanwhile, Club Med has closed at least until the end of March its village in Taba, while several European tour operators, including TUI Travel Belgium, Fram and Thomas Cook have cancelled their trips to this region and SETO (tour operators union) announced that all stays in the Sinai region would be suspended until March 28.
The Ansar Bayt al-Maqdis group which claimed responsibility for the suicide bombing had killed two South Korean tourists and an Egyptian had warned tourists to leave Egypt and threatened to attack any who stay after Feb 20.
The threat was taken seriously by the Egyptian government as well as by foreign governments and tour operators, since Islamist militants have killed hundreds of policemen and soldiers since the army deposed Islamist president Mohamed Morsi few months ago.
The Egyptian Prime Minister Hazem el- Beblawi confirmed that Ansar group was a threat to tourists while many Western countries, including France, Germany, Great Britain and the United States have updated their travel alerts warning their citizens about the risks of traveling to Egypt due to continuing political and social unrest.
The alerts warn that protests, marches and demonstrations which have become common in Egypt since the change of government in July 2013 have often resulted in violent clashes between security forces and protesters and between protesters supporting rival factions. Some of these clashes have resulted in a number of deaths and injuries to those involved and in property damage.
The trips cancellation by Tour Operators and the travel warnings issued by Western countries will deal a blow to an economy already reeling from political turmoil