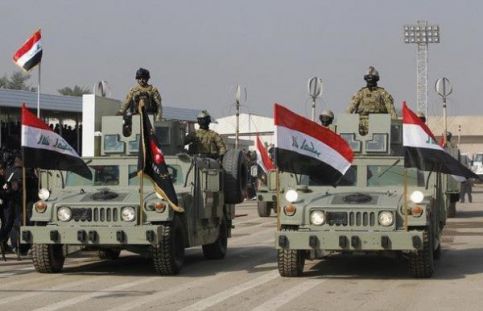 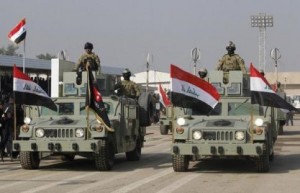 Owing to its security troubles and fight against terrorism, Iraqsigned an arms deal with Iran in spite of U.N sanctions;a report from Reuters has revealed. The deal was reached at the end of November when the US fell short in its supposed arms deliveries despite Prime Minister Nuri al-Maliki’s visit to Washington lobbying for extra weapons.The U.S. government has had a long-standing relationship with Baghdad in delivering arms but recent fighting in Anbar has pushed U.S to hold up weaponsupplies due to concerns about who might get access to it.Ongoing negotiations between Washington and Iran on easing international sanctions over Iran’s nuclear program could be complicated by the deal. The Iranian government denied knowledge of such a deal.
However, Reuters reported that it has seen documents of concluded arms deal between the two countries.Six of eight contracts were signed with Iran’s Defense Industries Organization to supply Iraq with weapons and two contracts were agreed to with the state-owned Iran Electronic Industries for certain equipment. A senior Iraq army officer termed Iran as the best source for quick shipments.
According to Amman-based Iraq analyst Yahya al-Kubaisay from the Iraqi Center for Strategic Studies, the deal is “aimed at financing Iran, which is desperately in need of dollars, and on the other it is clearly aimed at winning Tehran’s support for Maliki’s third term.”
U.S. government experts believe an Iranian-Iraqi arms deal had been in the works for some time and the growing relations between both countries doesn’t help but raise questions about their involvement in the Syrian war.Involved in a two-month-old battle in western Iraq against Sunni al-Qaeda-inspired militants and rebellious tribesmen, Maliki blamed the unrest on the conflict coming in from neighboring Syria.

North Africa Post's news desk is composed of journalists and editors, who are constantly working to provide new and accurate stories to NAP readers.
NEWER POSTMorocco’s Efforts in Africa, a Contribution to Regional Peace, Economic Development
OLDER POSTLibya’s President: An “Agreement” Has Been Reached With Militias