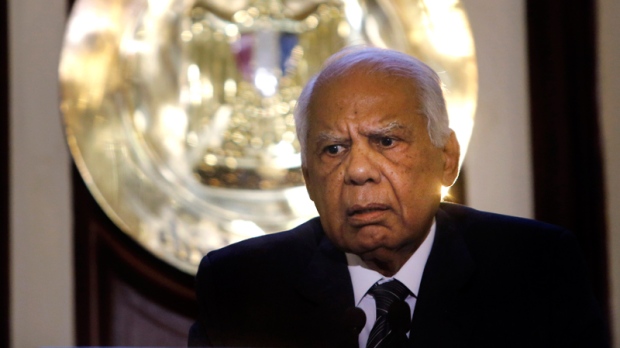 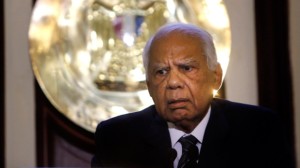 The Egyptian interim government led by Mr.Hazem El-Beblawi has announced Monday its resignation amid growing criticism over its poor performance and failure to deal with social and economic woes.
It is the 6th government since the fall of Hosni Mubarak regime. Prime Minister El-Beblawy was appointed following the removal of elected Islamist president Mohamed Morsi last July. He was expected to remain in office until the election of a new president.
“It is time we all sacrificed for the good of the country. Rather than asking what has Egypt given us, we should instead be asking what we have done for Egypt,” said Mr. El-Beblawy in a TV address which took Egyptian people by surprise.
He defended the actions and the efforts made by his government “to get Egypt out of the narrow tunnel in terms of security, economic pressures and political confusion”, but the country continues to face large strikes fuelling popular anger over widespread electricity blackouts and deteriorating living conditions.
Some analysts link the cabinet resignation with the imminent announcement of the presidential bid of Egyptian defense minister, Field Marchal Abdel Fatah al-Sisi.
But there are some swirling speculations that the outgoing housing minister, Ibrahim Mahlab will replace the former 77 year-old head of the government. Mr.Mahlab is the former boss of the major Egyptian building firm, Arab Contractors. He is described a pragmatic and dynamic man who can get things done.

North Africa Post's news desk is composed of journalists and editors, who are constantly working to provide new and accurate stories to NAP readers.
NEWER POSTLibya’s President: An “Agreement” Has Been Reached With Militias
OLDER POSTLibya: Former Major General calls for military takeov