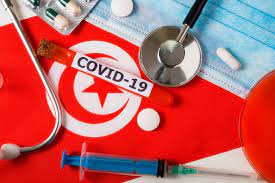 The UAE has vowed to send this Monday 500,000 doses of the covid-19 vaccine to Tunisia as part of efforts to back the North African country’s vaccination campaign against the pandemic that has collapsed the health system.

The donation, according to the UAE, translates the Gulf country’s support and commitment to brotherly relations between the two countries.

Tunisia according to the World Health Organization (WHO) is the worst affected country in the Arab world and Africa.