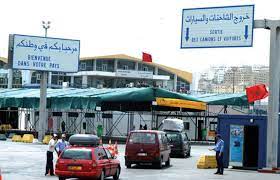 Morocco has added France, Spain and Portugal to the B list which requires non-vaccinated travellers to self-isolate in a hotel for ten days.

The new directive was relayed on the health ministry’s website and caused disarray among travellers who booked their flights prior to the announcements.

France, Spain and Portugal have been in the A list of countries that have a better pandemic management, while the B list required travellers to have a travel permit.

The new measure caused discontent among Moroccans living abroad who plan to visit Morocco this summer. Morocco has allowed ferries to carry travellers from French ports.

France is home to Morocco’s largest diaspora in Europe exceeding 3 million people. It is also a key tourist emitting country.

The move is expected to hurt the vital tourism sector whose revenues sharply dwindled by 72% in first half of this year due to the measures taken to contain the pandemic.