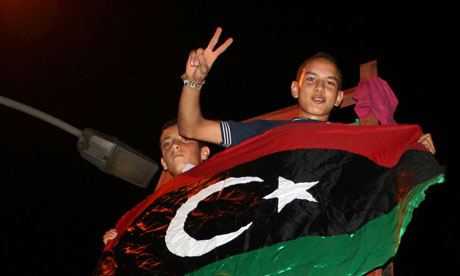 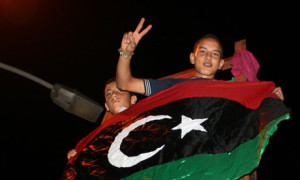 For extending its political term which expired on February 7, Libya’s members of parliament have received threats from two powerful Libyan militia groups if they refuse to step down. In a televised joint statement, the al-Qaaqaa and al-Sawaaq militias called on the parliament to hand over power by 9 p.m. in order to avoid detention. The commander declared that they are bound to protect the nation after its military and security institutions were compromised following the start of the revolution that toppled former longtime dictator Moammar Gadhafi.
Nouri Abu Sahmein, the head of parliament denounced the warning and referred to the threats as an attempted “coup against legitimate institutions and the choices of the Libyan people.” He added that he has received promises of protection from the military and other militias before insisting that “we will not permit internal fighting among the Libyans.” Hassan al-Amin, a former lawmaker and pro-democracy advocate, declared the militias’ warning as an “an attempt to hijack the revolution.”
The 200-member parliament was chosen in June 2012 to help pave the way for a new constitution which will lead to new presidential elections. Extension of their term in office without holding new elections sparked nationwide disapproval and is feared to aggravate the power struggle between Western-backed Prime Minister Ali Zidan and Islamist factions in parliament.
The militiamen spread throughout the country and have been acting independently from Tripoli. In October last year, the Prime Minister was briefly kidnapped by some militiamen. Al-Qaida-inspired fighters are spreading and increasing in strength in the country.
Nevertheless, there are reports that UN’s envoy to Libya Tarek Mitri will meet with commanders of the militias that issued the warning to appease the rising tension which could drive the country into another troublesome year.