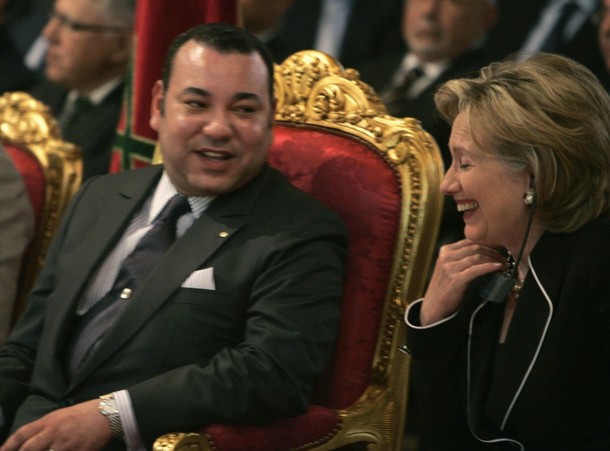 Morocco and the U.S: a transatlantic alliance to address MENA’S challenges and opportunities

In a tragic yet entirely unexpected way, it is immediately post a dramatic event in the Maghreb- the unfortunate assassination of U.S. ambassador in Libya- that Morocco and the United States have renewed vows on their long standing shared journey by signing a Strategic Pact in Washington two weeks ago. While many observers view this as an extension of the two allies long and shared history, some believe that this partnership goes beyond what started as an act of political courage over two hundred years ago.

In 1777, King Sidi Mohammed Ben Abdallah of Morocco resisted to British and international pressures and became the first head of state to recognize the newly independent United States by opening Morocco’s ports to its vessels. A few years later, a treaty of peace and friendship was set up between the two countries and ratified by the U.S. Congress in 1786.

Beyond the historical legitimacy of this partnership, one can see that the set up of a new bilateral mechanism of political and strategic cooperation comes to draw a common agenda dictated by geopolitics as well as common interests.

Americans rightly acknowledge that Morocco is the Arab world’s “laboratory” in terms of intercultural and interfaith dialogue. It is a country where seeking common ground is a notion that have always been placed above all other considerations, independently from whatever the degree of emergency and other contingencies.

Besides, Morocco has intelligently managed to do well through the “Arab Spring” uprisings as it preferred to “a constructive chaos” a soft-path but nonetheless ambitious approach, that represented of by a democratic transformation, whose milestones were laid back as early as the late 90s.

This does not mean that contestation, especially on the part of the youth, have been shut off over the past few months. On the contrary, youth movements became a component of numerous changes, including the way Moroccans view the relationship of the citizen with politics.

“This does not mean either that the process of democratization in Morocco is over.”

The building up of a vibrant democracy requires constant questioning as well as permanent vigilance to thwart any attempts to confiscate the spaces of freedom to which Moroccans are much attached and which underpin the identity of this country. Precisely because the United States is Morocco’s friend and ally it can indeed help the North African country maintain and even strengthen its model if any attempt to foil what makes it such an exception in the Arab world were to happen.

This strategic dialogue signed by Secretary Clinton and Morocco’s minister of foreign affaires is therefore the proof of a confidence renewal in this particular moment in MENA, since the United States and the Morocco are mutually involved in few key projects, one of which is seeking to promote sustainable security in the region. The major importance of this security issue has been tragically called back to minds by the cruel attack in Benghazi. Therefore, it is quite natural that Morocco and the United States share converging standpoint of views regarding the strategic goals related to securing the MENA region. By deepening their alliance, they have chosen to fulfill these goals.

“In fact, beyond MENA, Morocco as well as the United States need to live up to another challenge: help the Sahel region free itself from the grip of AQIM and other terrorist organizations.”

Because it has deep economical and civilizational ties with the Sahel, Morocco has a lot to bring in terms of mediation and conflict resolution. Thus, The United States are fully aware that the world’s global stability is at stake if the region continues to plunge into chaos, and they have realized that it is necessary to act quickly and to bring together all those who are concerned by the fate of the Sahel.

That is why the Strategic Pact signed in Washington by Hillary Clinton and the Moroccan Minister of Foreign Affairs has omitted none of the four dimensions forming the core of the bilateral relations between America and the western coast of the Maghreb: Politics, Economics, Security, and Culture and Education. A renovated bilateral pact, a genuine future-oriented partnership will undoubtedly emerge from these four dimensions.

This would, after all, merely means a rebalancing of Morocco’s Atlantic stance and its longstanding friendship with America of more than two centuries long.