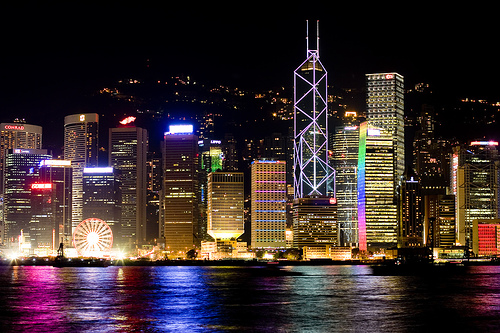 The summer has been hot in Hong Kong this year, and not only because temperature reached 32 degrees amid intense humidity.

100 000 people, mainly Hong Kong students, have been taking to the streets, and demonstrating in front of the government headquarters to oppose a new education curriculum, called the “moral and national education”. It is believed to be the largest class boycott since 4000 students gathered at the same venue in 1989 to protest the Tian An Men crackdown. Other citizens joined the demonstrators in September, 700 doctors signed an advertised appeal for Leung Chun Ying to drop the subject, while the Cathay Pacific Airways Flight Attendants Union issued a statement saying they supported the class boycott.

“Why has “the national education” curriculum become such a hot topic?”

If adopted by any school, critics say that it would teach “revisionist” history from the Chinese Communist Party. The curriculum is similar to the patriotic education that is taught in mainland China. The class would touch very little on the Great Leap Forward, the Cultural Revolution or the Tian An Men square massacre. Moreover, in this teaching material, the Communist Party is launded as “progressive, selfless and united”, in contrast to western democracies.

The demonstrations culminated in hunger strikes, and at the beginning of September, the students wrung from Leung Chun Ying the crucial concession that the classes would not be mandatory as previously stipulated. But this did not put an end to the row. Analysts say that since nearly all schools are dependant of government subsidies, the grant of flexibility is widely perceived as a tactical delay. With the job security of schoolmasters at risk, most are sure to implement the program. The protesters have also retreated, but this can also be seen as a tactical move. They promised to continue to fight the program until it is totally scrapped.

“These demonstrations would not have driven such a large number of people if there were not representative of the current challenges Hong Kong is facing.”

First of all, the timing for the demonstrations was particularly sensitive. Students took to the street exactly 15 years after Hong Kong returned to China in July 1997. And after 15 years, there is still a feeling of distrust from Hong Kong people towards the mainland. As Zhao Lingmin, a senior Chinese media columnist puts it, “even if the national education curriculum is scrapped, the students and the pan-democracy camp will confront Leung over other issues, and Hong Kong politics will be in confusion for the next four years”.

One of the biggest gaps between Hong Kong and the mainland lies in the values of each society. Hong Kong is a vibrant financial center, home to 7 million people. It has a long liberal tradition. Citizens enjoy a free press and students used Facebook to organize the demonstrations, whereas the popular website access is blocked in mainland China.  Under the “One country, two system” rule, designed by Deng Xiaoping, the island is administered by an independent political body. Hence the difficulty for Hong Kong to integrate into a more authoritative system. The “moral and national education” platform was set to strengthen Chinese patriotism, or at least the sense of belonging to China as a whole. It failed because of the sensitivity of the people on these topics.

The distrust towards Beijing does not stop there. Hong Kong people are more and more wary of mainland people crossing the boarder. Rich mainlanders are accused of being treated with preference in luxury stores, let alone of fuelling the property bubble. Chinese middle class mothers are suspected to fill up maternity ward so that their child can become resident. And recently, Hong Kong citizens violently reacted to the city of Shenzhen’s decision to allow multiple entry permits to Hong Kong to 4.1 million migrant workers.

But as Zhao Lingmin puts it, it is unlikely that the summer demonstrations will eventually lead to a “Chinese Autumn”, because Hong Kong has “little impact on the mainland”. Moreover, the government in Beijing tends to become more flexible with dissents within its boarders. The Communist party needs to soften its image, so as to appear as a soft power, and not a hard power.

Leung Chun Ying’s recent backpedalling may be understood in that sense. But he still sits between a rock and a hard place. On one hand, he has to deal with Beijing’s might, and on the other hand, he must address Honk Kong growing economic and social issues, which fuel discontent. Since his inauguration in July, Mr Leung has struggled to cool real-estate prices that have almost doubled since 2009 even after predecessor Donald Tsang sought to rein in speculation with higher minimum mortgage deposits and transaction taxes, and by making more land available for development. The island shows one of the fastest-widening gaps between rich and poor. Hong Kong’s Gini coefficient, which measures income inequality, rose from 0.43 in 1971 to 0.537 in 2011 (a reading of zero means income equality and one complete inequality). Hong Kong is getting squeezed on both ends of the economic food chain. Low-wage mainlanders are taking more and more jobs away from middle-class Hong Kong residents, while wealthy Chinese are driving property prices far out of their reach. According to Rosanna Wong, executive director at the Honk Kong Federation of Youth group, not only do the youngsters face block upward mobility, but they are also hit by a 20% unemployment rate, compared to a 3,2% among the whole population. Tackling in priority the youth issue could help Mr Leung bring back social tranquility. At least on the short-term.

North Africa Post's news desk is composed of journalists and editors, who are constantly working to provide new and accurate stories to NAP readers.
NEWER POSTAlgeria: government bond investments
OLDER POSTMorocco and the U.S: a transatlantic alliance to address MENA’S challenges and opportunities