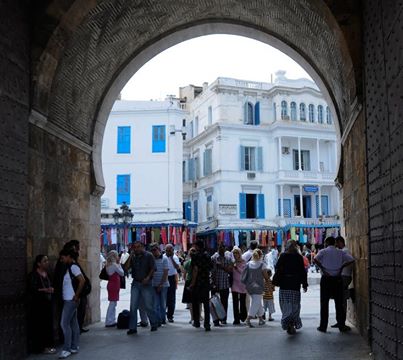 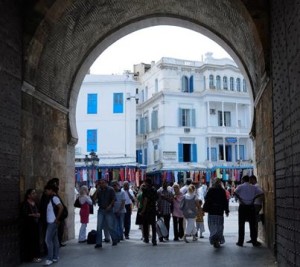 Three years down the road from the wave of Arab Spring revolutions that affected the Middle East and North Africa region, MENA economies remain depressed. Egypt’s gross domestic product contracted by about 3 percent in the second quarter of 2013 while the growth rate amounted to only 2 percent last year, when compared to 2.3 percent in 2013. The economic situation is also negatively affected by the persistent political and security instability which is characterized by regular bloody demonstrations and protests. Its neighbours are further exacerbating Egypt’s already tenuous political and economic environment, with Tunisia being in a political stalemate, and the rest of the region trying to prevent any spillovers from the bloody conflict in Syria.
Tourism, an important component of the region’s economic activity, has been largely paralyzed since 2011. The number of tourist arrivals plummeted by more than 50 percent in some places, mostly due to security considerations. Mainly Lebanon and Jordan suffered greatly from negative spillovers from the Syrian civil war. Also oil production, another vital GDP contributor, has likely declined. In 2013, oil production was lower by about 8.5 percent compared to the previous year, reflecting setbacks in infrastructure, political instability, and strikes in Algeria, Iraq, and Libya.
Industrial production in the oil-importing countries declined by 36 percent by October last year, which was driven mainly by the 44 percent fall in production in Egypt. Nevertheless, the Purchasing Managers Index (PMI) improved towards the end of last year, suggesting an enhancement in manufacturing output. External imbalances have also worsened throughout the region with current account deficits widening in oil-importing countries, whereby this bleak picture is further exacerbated by declines in tourism revenues. In contrast, oil-exporting economies have witnessed shrinking of current account surpluses due to a decline in oil exports. With only very few exceptions, fiscal imbalances have followed a very similar path with oil-importing countries witnessing their deterioration. Worsening fiscal imbalances to a great extent contribute to slower growth, increasing expenditures of the public sector as well as subsidized fuel and food, in addition to rising costs of debt service.
In 2014, growth rate is anticipated to linger and what is worse, improvement in political stability is not expected either. In 2014, growth rate is projected to reach about 2.8 percent, in 2015 about 3.3 percent, and in 2016 about 3.6 percent, which is well below the region’s real potential. Given the character of the MENA economies, the region could attain a more dynamic and balanced growth, yet political economy will surely play a role in any assessment. Moreover, public investment will only slowly resume to flow into the region as fiscal deficits could cause a crowd-out effect. Yet, the growth in oil-exporting countries may reach certain dynamics if oil prices continue to be rather high and if infrastructure setbacks and security concerns are mitigated.
Unfortunately, despite its potential, the region is not entirely following the “business cycle” of the global economy due to its own domestic troubles, and therefore most negative developments are internal to the region. Political transitions and uncertainty might hamper needed structural reforms and decrease oil output. Furthermore, unless kept under control, Syrian conflict could easily spill over to the region leading to increased migration problems. Even though domestic imbalances account for most of the economic setbacks in the Middle East and North Africa, the region faces also external risks linked to the subdued growth in the European Union. Moreover, tightening financial conditions in global markets might undermine the inflow of foreign direct investment as well as increase the risk premium for developing countries. To make things more complicated, MENA countries have traditionally been dependent on commodity prices, which is why, if the commodity markets face a sharper-than-projected decline in prices, a major deterioration in fiscal and external accounts of oil exporter might ensue.
In order to tackle the challenging environment that the region is facing, the governments need to first embark on a solid agenda of structural reforms including business climate and making access to finance easier in order to stimulate job creation in medium-term. The job creation is particularly important in this setting as high unemployment hampers socio-economic changes currently taking place throughout the region. Because private investment is stalled, the government should be the main driver of pro-employment policies through public investment and protection of the poorest. Moreover, a hard job should be done on the restoration of debt sustainability. Here, the International Monetary Fund recommends to phase the fiscal adjustments over time to limit its impact on economic growth in the short run. As such, MENA economies will demand scaled-up support from the international community, including the EU, to help strike this desirable balance.