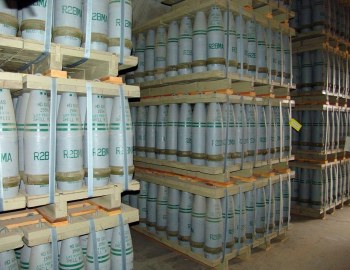 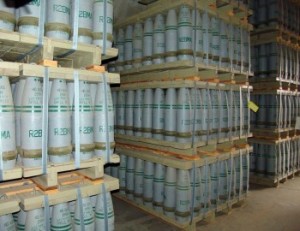 Libya has become free of all chemical weapons it inherited from dictator Muammar Gaddafi, after having destroyed these banned deadly weapons and completed the disarmament process which begun under the former regime but interrupted by the war that rocked the North African country
According to Libyan foreign minister Mohamed Abdelaziz, “this achievement would not have been possible in such a short time without concerted efforts within an international partnership, or without the logistical support and the technical assistance from Canada, Germany and the USA, which provided the opportunity to use very advanced, safe and reliable technology.”
The Organization for the Prohibition of Chemical Weapons (OPCW) hailed international support for the disarmament operation in Libya which used to have large stockpile of mustard gas and 3,500 bombs intended to deliver deadly chemicals.
Stocks of concentrated uranium, or yellowcake, used in nuclear weapon, were also discovered after the collapse of the Gaddafi regime but they were secured in collaboration with International Atomic Energy Agency inspectors.
After the success of disarmament of Libya, OPCW and the international community call on Syria to follow suit but will this make the world much more safer ?