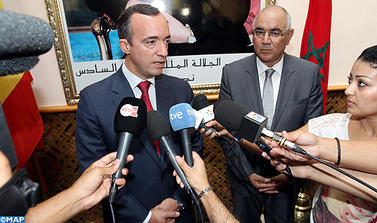 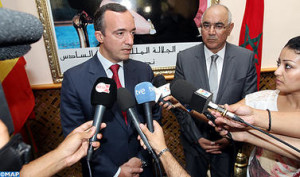 Spain’s minister of state for security, Francisco Martinez Vázquez, recently completed his visit to Mauritania and Senegal that started on 4 February. The aim of his tour of the region was to bolster Sahel ties and discuss ways to tackle imminent threats to the region such as clandestine immigration, crime, drug trafficking, and cross-border terrorism. He also came to speak about the neccessity of regional co-operation and an eventual integration that is needed to deal with these problems successfully. These issues are among the most troublesome for both Sahel countries and their European counterparts in the Medditerranean region.
More specifically, in Mauritania, the Spanish minister talked about the need to boost security collaboration among Sahel countries, where the country is playing a crucial role in fighting terrorism. Mr Martinez Vázquez also honoured the joint Spanish-Mauritanian team combating clandestine immigration in Nouadhibou, which the Spanish minister visited during his official visit. The minister honoured for instance the members of Mauritanian and Spanish police force who played a major role in battling clandestine immigration.
In Senegal, the Spanish senior official also emphasized the need for the region to cooperate while urging also the international community to work together to overcome these threats. The daily ‘Le Solei’ quoted the Senegalese interior minister, Abdoulaye Daouda Diallo, as saying that his country is trying to expand the scope of its collaboration with Spain in a new fellowship as the best way to fight cross-border terrorism. The Spanish minister praised this achievement and expressed Spain’s desire to improve international cooperation in fighting drug trafficking. He emphasized that Madrid’s wish is to cooperate with Dakar also in cyber-crime and money laundering and thus making Spanish experience in this field available to the Sahel.

North Africa Post's news desk is composed of journalists and editors, who are constantly working to provide new and accurate stories to NAP readers.
NEWER POSTEuropean Bank outlines its priorities in Egypt
OLDER POSTFrance won’t fight against terrorists in Libya