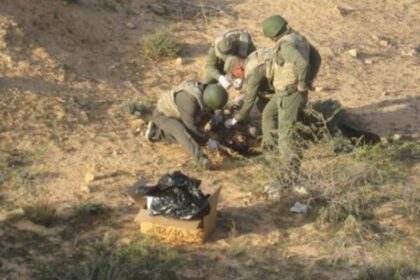 A Tunisian soldier sustained injuries Wednesday after an artisanal landmine exploded in the military zone of the restive Kasserine province, Webdo Tunis reports.

The blast occurred during a military combing operation in the Mghila mountain for terror groups, the media notes.

The soldier was injured in the leg and had been admitted to regional hospital. His health is reportedly stable. The latest incident adds to a string of landmine blasts that have occurred recently in the mountainous region.

A teenage girl, aged 13, was also wounded in a separate landmine blast incident, in a sealed military zone on Samema mountain, in the same region. The mountains in Kasserine, western Tunisia, are used as a safe-haven by militants. Tunisian security forces have lost several personnel in ambushes and attacks laid by militants in the province.