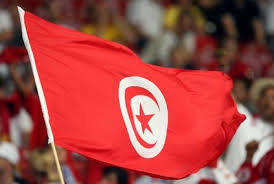 Tunisia : a Major Boost to the Country’s Economy

In a move to restore its economy after the 2011 uprising, Tunisia plans to issue for the first time an Islamic bond or sukuk worth 700m dinars ($435.85m) with the guarantee of the Islamic Development Bank and $1.8bn in new foreign bonds this year; $880m guaranteed by the United States and $1bn guaranteed by Japan.
The toppling of autocratic leader Zine El-Abidine Ben Ali which gave birth to the “Arab Spring” and last week’s passing of a new constitution is an indication of the country’s pursuit of full democracy, which has won support from Washington. To indicate this support, Tunisian Prime Minister Mehdi Jomaa was invited by President Barack Obama to visit Washington; days after his government took power.
In spite of political progress, high living costs and lack of economic opportunities remain to be causes of concern for a lot of Tunisians. To consolidate on the political gains, the new package of financing will be a major boost to the country’s economic stability and growth. Chadli Ayari, the central bank governor, stated that “the end of political crisis in Tunisia and the approval of the constitution and an independent government opened doors that were closed for Tunisian economy.”
Approved on Wednesday by the International Monetary Fund (IMF) was a $507m loan tranche for Tunisia, the second part of a $1.7bn credit that was agreed upon at the beginning of the year. According to Ayari, as the last part of the deal, IMF will pay out 1.3bn Tunisian dinars ($809.44m). Other international lenders which are to chip-in in the coming months include the World Bank and the European Union. According to the central bank Tunisia’s foreign financing needs will be 5.5bn dinars ($3.42bn) in 2014.