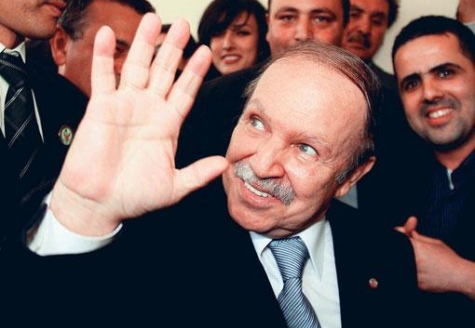 Algeria : what is Beyond the Presidential Election? 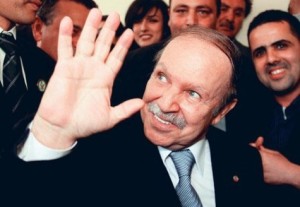 As the deadline to offer his candidacy is fast approaching, Algeria’s 76 year old president Abdelaziz Bouteflika is yet to announce whether he’ll contest in the next election. There are worries if the president is fit to stand for elections due to his age and unstable health especially after he suffered a mini-stroke last year. However, more than two dozen Algerian political parties have given their support to bid for a fourth term as president.
The ruling National Liberation Front (FLN) plays a dominant role in Algerian politics and coupled with Bouteflika’s role in bringing stability after the Algerian civil war in the 1990s, he is likely to win elections. Algerians want little or no political turmoil after what they experienced during the war with the Islamist militants.
Nonetheless, if Bouteflika decides to step down from power, a successor would be chosen in backroom-negotiations between Algeria’s political elite and the DRS military intelligence agency. Although the role of the DRS in upcoming elections is no longer predominant after Bouteflika took decisive steps last year to roll back their widespread influence by limiting their prerogatives; a move which strengthened the president’s hand in his long-running power struggle with the military.
General Mohamed “Tewfik” Mediene, long-time leader of the DRS military intelligence agency used to seen as a potential successor to Bouteflika. He has been instrumental in Algeria. Lately, Amar Saidani Secretary General of FLN said that “if we examine the achievements of internal security in certain important cases, we can see that the agency’s failures have multiplied,” and called for Mediene’s resignation.
The interference of the Agency in political affairs is upsetting as it gives the impression that power in Algeria is not in civilian hands.