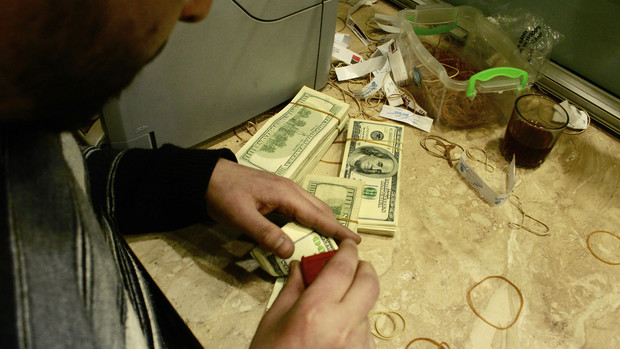 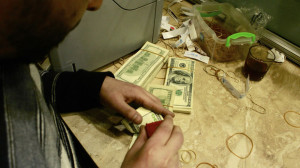 Egypt’s central bank has lately taken some exceptional steps to help the Egyptian pound and restrain the black market in foreign currencies. Despite the central bank’s effort, the currency black market is thriving around the country, which suggests that the limits of the economic recovery since the fall of ex-President Morsi in July last year are brawny. Although Egypt is a recipient of billions of dollars from the Gulf economies, sluggish recovery in tourism revenues and foreign direct investment are among major obstacles to an expansion. Moreover, many overseas Egyptians prefer to send cash via black market, which offers better exchange rates.
The central bank has been recently auctioning hard currency to meet the demand. In January, the bank conducted its biggest auction selling 1.5 billion USD. Since then, it has also closed down a number of currency exchange spots due to the manipulation of prices. US dollars are very popular among the locals and the demand for them is especially high on the black market. The banks defend themselves by saying that they have not been simply able to satisfy the demand through official channels for many months.
After Islamist President Morsi was toppled, US dollars became a highly prized commodity. Morsi’s fall actually made it possible for Cairo to obtain billions of dollars in aid from the from the military-backed government’s allies in the Gulf – namely Kuwait, Saudi Arabia, and the United Arab Emirates. At the same time, however, other billions had to be returned to Qatar, which supported the Muslim Brotherhood formerly lead by Morsi.
The central bank has managed to ballast the exchange rate of Egypt’s currency in the legal market as well as halt a slide in the foreign currency reserves to almost-crisis level. As a result, the central bank’s reserves are stable, yet at half their levels before the revolution of 2011, which means that the bank is still unable to meet clients’ demand. Thus, Egyptians do not hesitate to buy their dollars at a high premium in the black market. It is estimated that the monthly difference between demand and supply is somewhere between 500 and 700 million USD.

North Africa Post's news desk is composed of journalists and editors, who are constantly working to provide new and accurate stories to NAP readers.
NEWER POSTBahrain International Investment Park opens its doors
OLDER POSTAlgeria : what is Beyond the Presidential Election?