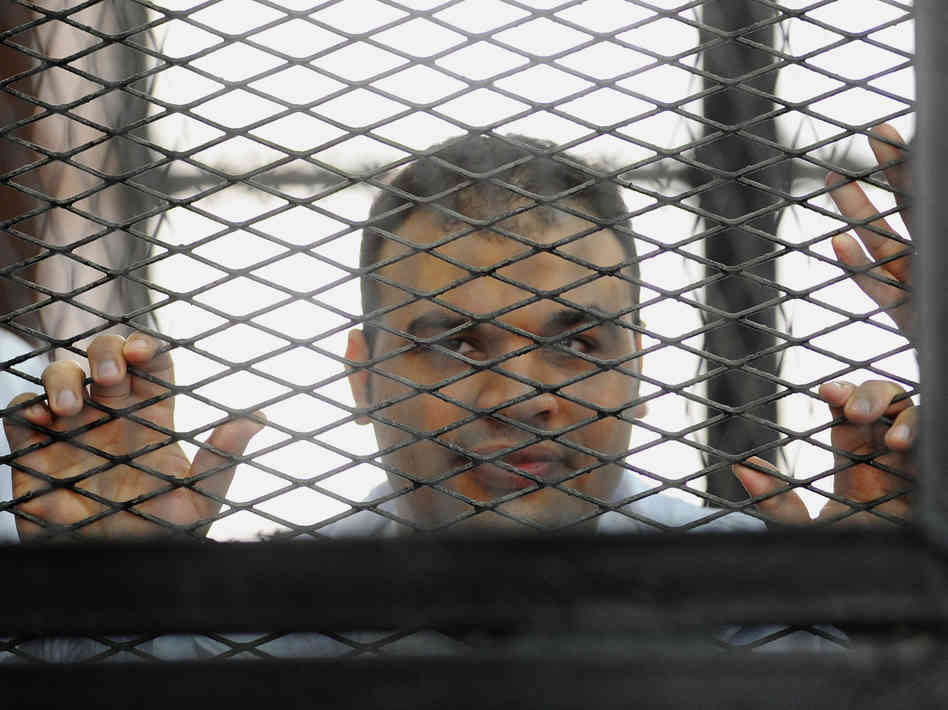 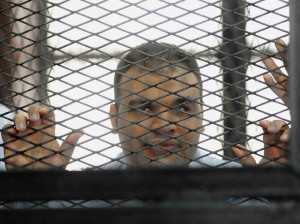 An Al Jazeera cameraman who has been in detention in Egypt has been acquitted along with 61 other defendants. The men, most of whom have reportedly ties to the outlawed Muslim Brotherhood, were accused of organizing demonstrations followed by clashes in Cairo as well as of an attempted murder. Morsi’s supporters were protesting against his removal from the office by the army in July 2013. The Islamists are currently organizing regular protests calling for his reinstatement although they have encountered a tough opposition to this agenda. Hundreds have died in these demonstrations that have been violently crushed by the army forces. The interim cabinet has outlawed the Muslim Brotherhood and labelled it a terrorist organization. Meanwhile, thousands of its members have been arrested since last year.
The current court case started last year in December when 62 men including cameraman Mohamed Badr went on trial. They were accused of their involvement in rioting during the demonstrations in Cairo in mid-July 2013. Then, many of Morsi’s supporters gathered at Ramses Square and triggered off violence that left seven dead and about 260 injured. The pan-Arab TV channel, Al Jazeera, for which Mr Badr was working, denied the involvement of Mr Badr in the clashes saying that he was merely covering the event. Last week, 20 other Al Jazeera journalists were charged with the conspiracy and collaboration with the Muslim Brotherhood.
The journalists were arrested at the end of December 2013 in Cairo for reportedly liaising and meeting with members of the banned Muslim Brotherhood. A few days ago, a letter from Cairo’s Tora prison was sent describing the detentions as an attack on the freedom of speech in the country. Mr Badr’s acquittal comes days after the United Nations expressed concern about the “increasingly severe clampdown and physical attacks” on journalists in Egypt.

North Africa Post's news desk is composed of journalists and editors, who are constantly working to provide new and accurate stories to NAP readers.
NEWER POSTAlgeria : what is Beyond the Presidential Election?
OLDER POSTTunisia counts on Algeria to fight terrorism