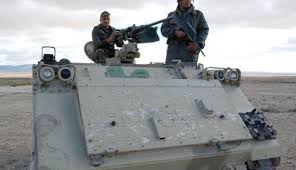 For his first official visit since taking office, Tunisian Interim Prime Minister Mehdi Jommaa escorted by Minister of Foreign Affairs Mongi Hamdi, honored the invitation of Algerian Prime Minister Abdelmalek Sellal, on Saturday evening for a two-day official visit.
Part of the visit’s outline was to strengthen security cooperation between Tunisia and Algeria as security has long been an issue for both countries. Moreover, the visit was to nurture and further expand bilateral economic relations and reinforce their long-standing relationship, one that has stood against adversity and crisis as was highlighted by Jomaa in a brief statement to reporters.
Since the beginning of the Arab spring, provoked by the ousting of former dictator Zine El Abidine Ben Ali, Tunisia has not been stable and radical Islamist groups who have been suppressed under Ben Ali’s rule are mostly blamed for the situation. The authorities however claimed that attacks including this year’s killing of two opposition politicians were carried out by the country’s main Salafist movement, Ansar al-Sharia. The movement is labeled as a “terrorist organization” with ties to Al-Qaeda despite the group’s constant denial to resorting to violence.
As a course of action, Tunisia’s security forces have been tracking jihadists hidden in the remote Mount Chaambi region that straddles the Algerian border and mined the area with homemade bombs. As a result, militants and more than 15 soldiers and police have been killed last year. The task has been proven difficult so far as the defense ministry admitted lack of resources to defeat the group.
Tunisia security forces have been tracking jihadistskilled more than 15 soldiers and police so far last yearlacks the resources to comprehensively defeat the group.Tunisia has been rocked by violence blamed on radical Islamist groups.