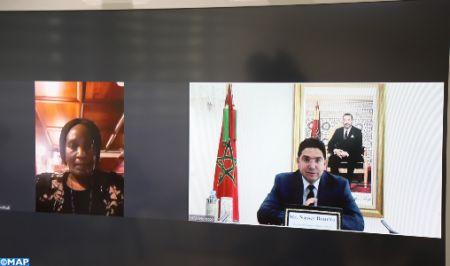 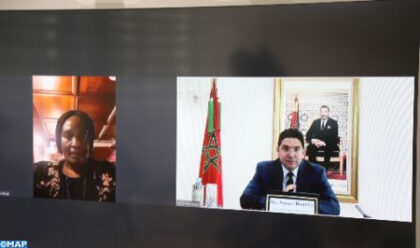 Foreign Minister of Eswatini Thulisile Dladla has reaffirmed her country’s “constant and steadfast“ support to Morocco’s territorial integrity and sovereignty over the Sahara.

During talks she held on Wednesday remotely with Moroccan peer Nasser Bourita, Mrs Dladla commended Morocco’s efforts to reach a political solution to this regional dispute.

She expressed backing to the UN-led exclusive process seeking to find a solution to the Sahara conflict and hailed the progress achieved by Morocco in various fields, under the leadership of King Mohammed VI, as well as the Kingdom’s commitment to peace, stability and development in Africa.

The Eswatini top diplomat also voiced gratitude for the Royal aid extended to her country to support its response to the Covid-19 pandemic.

For his part, Mr. Bourita praised the bold initiatives made by King Mswati III to give new impetus to the socio-economic development of his country, a key player in southern Africa.
The two ministers hailed the opening of the Embassy of the Kingdom of Eswatini in Rabat and a Consulate General in Laayoune, in October 2020.