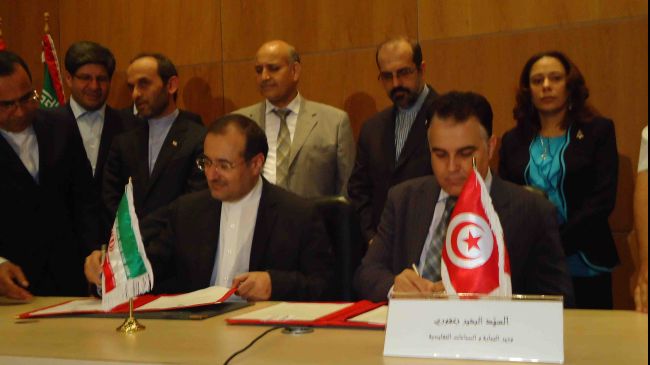 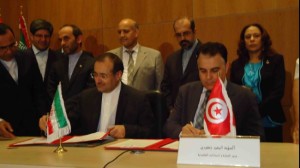 New trade and economic agreements were made between Iran and Tunisiain a meeting held bythe Head of Iran’s Zanjan Chamber of Commerce and Industry Gholam-Hossein Jamili and Head of Tunisia’s Chamber of Commerce and Industry Munir Al-Moakhar, in Tunis on Wednesday.The agreement not only called for exchange of economic and trade information and data but also for visits from both parties in an effort to strengthen trade ties between their traders and economy.
A joint specialized economic committee is to be put in place as efforts are being made to boost economic cooperation since previous trades failed to keep up with the countries’ extensive capacity. Al-Moakhar made it clear that “efforts would be made to remove the obstacles standing in the way of the expansion of economic and trade relations between Iran and Tunisia.”
The mutual cooperation between the two nations aims to increase in various fields and not just stop at trade relations; as was expressed by Iranian Minister of Economy Ali Tayyebnia and Tunisian President Moncef Marzouqi. The countries are keen on enhancing culturalties as they extend their memorandum of understandingto cultural cooperation. An Iranian cultural weekwill be held in Tunisiain a bid to the North African country accustomed to Iranian culture and civilization.
Earlier this month, Iranian Foreign Minister Mohammad Javad Zarif and Tunisian Ambassador to Tehran Khaled Zitouni stated that they are determined to consolidate bilateral relations between the two countries.Zarif hailed Tunisia as a ‘flag bearer of progressive movements in the North Africa’ while Zitouni emphasized on the need to expandTehran-Tunis ties especially in the cultural and economic fields and promote relations in various areas in the future.