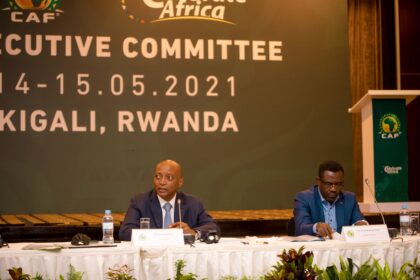 The Executive Committee of the Confederation of African Football (CAF), which met in Kigali, Rwanda, over the weekend, made a number of decisions concerning the organization of major events on the continent.

The decisions included the postponement of the African zone’s qualifiers for the World Cup scheduled in Qatar from November 21 to December 18, 2022. It was thus confirmed that the qualifying matches will take place in late 2021 and early 2022, instead of June 2021 as initially scheduled.

The matches will finally be held “during the international windows of September, October and November 2021, as well as March 2022”, announces CAF. In all likelihood, the playoff matches will take place in March 2022 to determine the five African countries that will play the World Cup 2022.

The CAF Executive Committee summit (COMEX) also confirmed the countries that will host the coming major events of the continent. In this vein, the final of the 2020-2021 CAF Champions League, played in only one match since last year, has been scheduled for July 17, 2021, in Morocco.

Egypt will host the final of the CAF Women’s Champions League 2021. The country of the Pharaohs will also be in charge of the organization of the CAN of the under 20 in 2023. The 2023 Under-17 CAN will be held in Algeria. Finally, the CAN beach soccer 2022 will be held in Mozambique.

In addition to these decisions, the Executive Committee announced that the Motsepe Foundation had made a donation of $10 million to CAF. This sum is to finance the CAF-FIFA Pan-African Inter-school Championship, which has been approved by the Committee for inclusion in CAF competitions.

The Committee also announced a “financing project” worth one billion dollars to improve soccer infrastructure in Africa.

COMEX, which is keen to reinforcing the professionalization of refereeing in Africa, also discussed a referee training program within CAF, with a budget of one million dollars per year.

The meeting in Kigali was attended by FIFA president Gianni Infantino and Patrice Motsepe, the new CAF president as well as by the Rwandan president Paul Kagame, who emphasized the relationship between soccer and development in Africa.