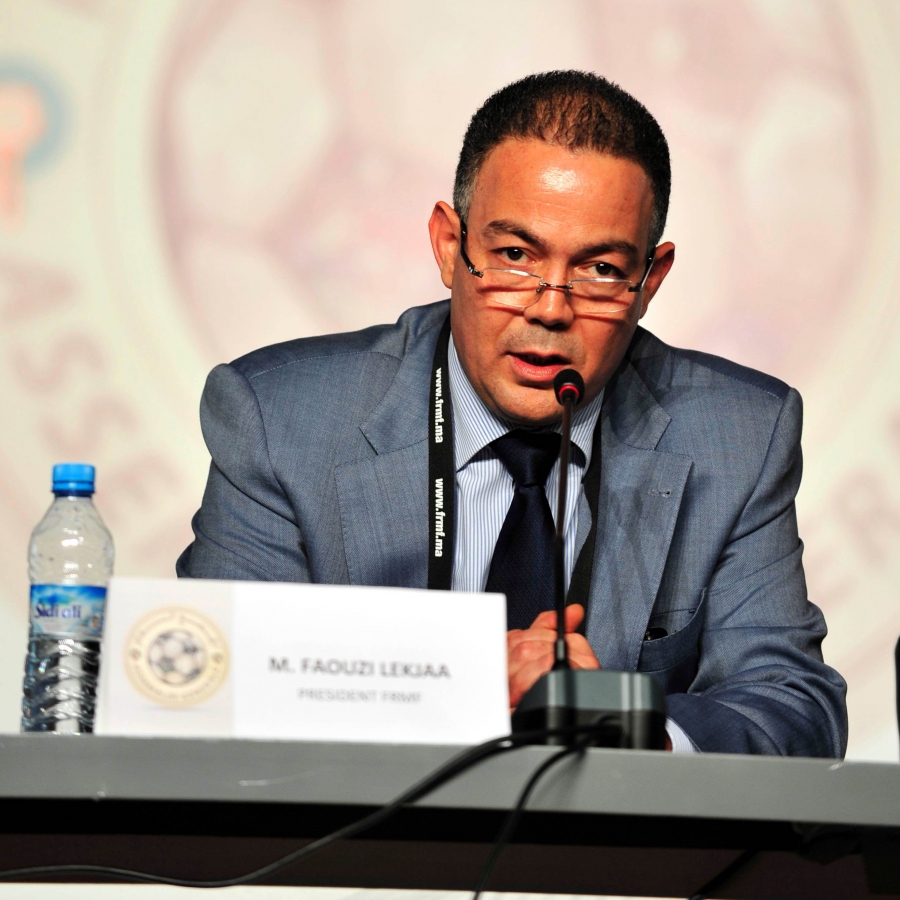 The President of the Royal Moroccan Football Federation (FRMF), Fouzi Lekjaa, was elected member of the Executive Committee of CAF, during the 39th Ordinary General Assembly of the continent’s soccer governing body held in the Ethiopian capital.

Fouzi Lekjaa toppled incumbent Mohamed Raouraoua, Presi-dent of the Algerian football federation by 41 votes to seven for the North Zone. Raouraoua was elected to the CAF Execu-tive Committee for the first time in June 2004 in Tunisia, on the sidelines of the African Cup of Nations, and was re-elected in 2013.
The election of a new CAF President was the highpoint of the 39th CAF Ordinary General Assembly. The position went to Malagasy Ahmad Ahmad who will assume leadership of the continent’s soccer governing body until 2021.
Ahmad beat incumbent Issa Hayatou by 34 votes to 20, be-coming the sixth president and the first from Southern Africa to head CAF since its creation in 1957 after Abdelaziz Salem (Egypt), Mohamed Abdelaziz Mostafa (Egypt), Mohamed Abdel Halim (Sudan), Ydnekatchew Tessema (Ethiopia) and Issa Hayatou (Cameroon), who headed CAF for 29 years.
In his acceptance speech, Ahmed was full of praise for the support of delegates for their confidence and giving him the mandate to rule African football.
Following Ahmad’s election as president of the CAF, King Mo-hammed VI sent him a message of congratulations and best wishes of full success in fulfilling his mission to serve the de-velopment and promotion of African football.
The King renewed his country’s commitment to support CAF efforts and initiatives to make of football a lever for economic and social development at the continental level.
CAF new president, a former minister of sports, is deputy Senate president, and chairman of Madagascar’s Football As-sociation.
Besides elections for the presidency, and for the North Zone, there were elections for West B Zone, Central Zone, Central-East Zone, the Southern Zone as well as an election for fe-male category that went to Isha Johansen of Sierra Leone who overcame Lydia Nsekera of Burundi with 35 votes against 12.
The CAF General Assembly was also marked by elections to FIFA Council.