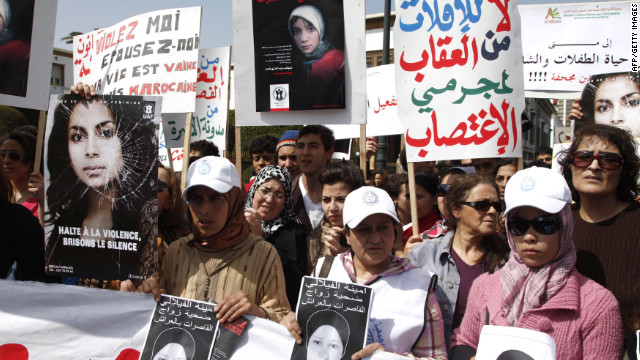 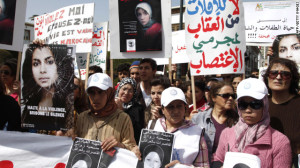 Almost two years after the suicide in March 2012 of a Moroccan teenager who had been forced to marry her rapist, Moroccan MPs unanimously passed earlier this week an amendment to the penal code that is hailed by NGOs, civil society activists and women’s rights advocates as a major breakthrough.
The amendment that was long overdue abolishes a provision of article 475 of the Moroccan penal code that enabled rapists to escape prosecution by marrying their victims if they are under 18.
The suicide of the raped teenager, Amina Filali, 16, had stirred deep emotion and protest movements were staged throughout Morocco to protest a law that forces a victim to live with her tormentor.
Early 2013, the government, led by the Islamist Party for Justice and Development (PJD), gave its green light to the amendment that was adopted by the upper house of the Parliament in March 2013 and passed by the House of Representatives this week.
It took the young girl’s suicide and nearly two years for the law to be amended, Moroccan and international NGOs and activists said although they hailed the amendment as a positive breakthrough.
Amnesty International which described the amendment as “a step in the right direction” commented that “Morocco still needs a comprehensive strategy to protect women and girls from violence, with input from women’s rights groups who have been excluded from the process so far.”
For AI, much more still needed to be done in Morocco and throughout the region.
“Algeria and Tunisia should promptly follow suit and repeal similar provisions in their own legislation, as well as adopt comprehensive strategies to protect women and girls against sexual violence. Delays are costing lives,” said Hassiba Hadj Sahraoui, Deputy Director of the Middle East and North Africa Programme at AI.
“We hope today’s vote signals a complete shift in the way rape survivors are treated and that more measures will follow,” she said.
Moroccan Minister of Family, Bassima Hakkaoui, had disclosed end of 2012 that six million Moroccan women – out of a total population of 34 million – were victim of violence in Morocco and that more than half the violence incidence take place in the marital context.
Moroccan NGOs do not deem their struggle for women’s rights over and are petitioning now to abolish minors’ marriage, which is generally banned by the Moroccan Family Code but the ban can be waived by judges.
NGOs claim an end to judges’ waivers affirming that the number of married minors went up from 30,000 in 2008 to 35,000 in 2010 and currently nears 40,000.