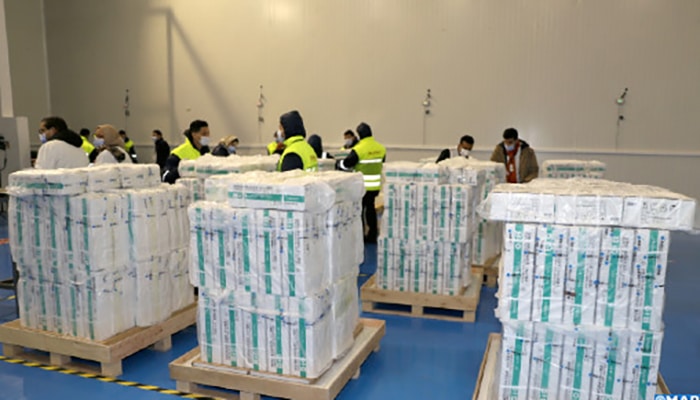 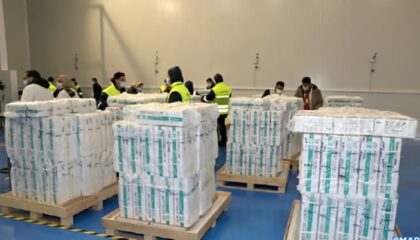 Morocco has received on Friday 500,000 doses of China’s Sinopharm vaccine as it continues its campaign to reach herd immunity, Moroccan media reported.

This new arrival is Sinopharm’s fifth shipment to Morocco, bringing the total doses received from the Chinese pharmaceutical giant to 2.5 million so far. Earlier this week, on April 26, Morocco received another 500,000 doses of the vaccine.

Earlier, Morocco announced that China will supply it with 10 million doses in April and May.

The new batch will allow Morocco to maintain the vaccination momentum, which earned the Kingdom congratulations from the World Health Organization and admiration of several other international organizations and media.

Just before the arrival of the new batch, the Ministry of Health issued a statement announcing that the national vaccination campaign would be generalized to citizens aged between 55 and 60 years.

So far, Morocco has received 9.8 million doses from three suppliers. In addition to the 2.5 million doses of the Sinopharm vaccine, 7 million AstraZeneca doses produced by the Serum Institute of India were used for the vaccination campaign. The last shipment from India was on February 24, with one million doses received.

Finally, 300,000 doses of AstraZeneca, manufactured by the Korean SK Bioscience were delivered on April 8, as part of the Covax program. Overall, Morocco expects 1.2 million doses under the Covax vaccine sharing program.

Morocco had ordered 66 million doses from AstraZeneca and Sinopharm but pressure on manufacturers complicated Rabat’s plan to carry out a vaccination campaign within three months.

The country has so far vaccinated more than 5 million people, while some 4 million have received the first jab. More than 90% of doses administered in the African continent were inoculated in Morocco.

However, the surge of new virus strains has pushed the government to maintain the health emergency and several preventive measures including a night curfew during Ramadan.