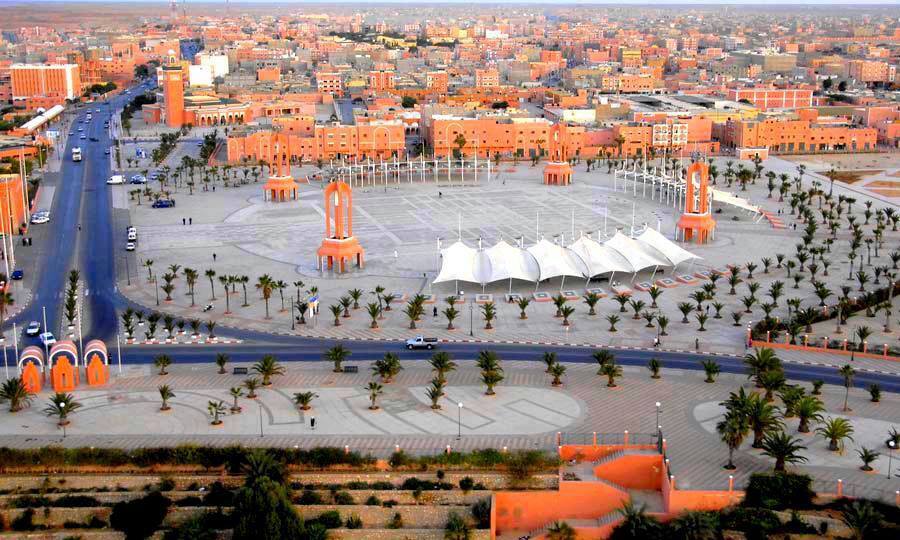 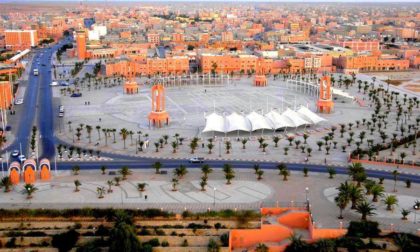 King Mohammed VI has urged the African Union to reconsider the recognition of the pseudo-sahrawi Republic, to restore legality within the pan-African organization and correct mistakes, pointing out that through newfound neutrality, the AU could make a constructive contribution to the settlement of the Sahara issue.

The call came in a strong-worded message King Mohammed VI addressed to the 27th summit of the African Union, which opened in the Rwandan capital Kigali on July 17.

In the message that was handed over to the President of Chad and acting Chairman of the African Union, Idriss Deby Itno, by Speaker of the Moroccan Parliament Lower House Rachid Talbi Alami, the Sovereign expressed his country’s wish to regain its place within the African organization.

Morocco quitted the AU’s predecessor, the Organization of African Unity (OAU) 32 years ago to protest the illegal admission of the so-called SADR as a full-fledged member.

“Today, Morocco wishes resolutely and unequivocally to regain its place within its institutional family and to continue to live up to its responsibilities, with even more resolve and enthusiasm,” King Mohammed VI said, adding that “Morocco firmly believes in the wisdom of the AU and its ability to restore legality and correct mistakes along the way.”

The Sovereign surveyed the reasons that prompted his country’s withdrawal from the OAU, saying that the recognition of a pseudo state was understandably too hard for the Moroccan people to accept.

“Indeed, it is difficult to admit that the Kingdom – a nation steeped in history – could somehow be compared to an entity that meets none of the attributes of sovereignty and that is deprived of any representativeness or effectiveness,” he pointed out.

Describing the SADR recognition as an “immoral fait accompli,” and a “coup against international legality,” the monarch said, “the Moroccan people and the nation’s driving forces unanimously felt that the admission of a non-sovereign entity, by means of transgression and collusion, was something they simply could not accept.”

“History will remember this episode as an act of deceit and as a misuse of procedures to serve interests that are yet to be elucidated – an act similar to the abduction of a child, since the OAU was fairly unseasoned at the time.”

He stated Further “The time has come to reject manipulations and funding for separatist movements and to stop sustaining timeworn conflicts in Africa in order to concentrate on one course of action, that of promoting human and sustainable development, combating poverty and malnutrition, ensuring healthcare for our people, providing education for our children and raising the living standards for everyone.”

“This ethical requirement means we should reject and condemn the misjudgments of the past and whatever acts that go against the course of history,” the Sovereign stated, adding that with respect to the Sahara issue, “institutional Africa can no longer bear the burden of a historical error and of a cumbersome legacy.”

“The African Union is out of step with international law since this so-called state is not a member of the United Nations Organization, nor of the Organization of Islamic Cooperation, the Arab League or any other sub-regional, regional or international institution,” he explained. He then wondered whether the AU would remain out of step with its own Member States’ national stances, since at least 34 AU countries have never recognized or no longer recognize that entity.

Even among the group of 26 countries that chose the ‘division camp’ in 1984, only a small minority of some ten countries remains, he recalled, indicating that since 2000, 36 countries have withdrawn their recognition of that phantom state.

Recalling the UN Security Council-sponsored process to reach a final political solution to the Sahara regional dispute, King Mohammed VI argued that the African Union is thus completely out of step with developments in the Sahara issue and is the only organization prejudging the outcome of that process.

Yet, he said, “Through newfound neutrality, it could make a constructive contribution to the achievement of that solution.”

Stressing the need for Morocco to regain its natural, rightful place within the AU, the monarch said that “from within, Morocco will contribute to making the AU a more robust organization – one that is both proud of its credibility and relieved of the trappings of an obsolete era.”

“By returning to the African family, Morocco aims to keep up its commitment to Africa and strengthen its involvement in all matters it feels strongly about. Morocco pledges to make constructive contributions to the AU agenda and activities,” King Mohammed VI stated.