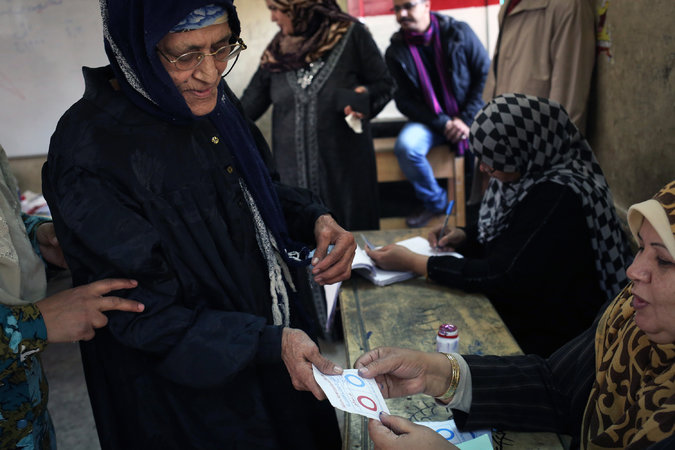 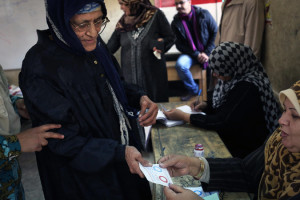 Egyptians are voting in a constitutional referendum, the first ballot since July 3 last year when President Mohamed Morsi was toppled by the military. Prime Minister Hazem el-Beblawei, put in the office by the army, asked Egyptians to fulfil their national duty by voting in the ballot. His wish seems to be fulfilled as Egyptians were standing in line in front of balloting stations, which were supervised by security forces fearing that violence and riots could escalate while 53 million potential voters were hurrying to cast their votes. The government, who said there would be zero tolerance against any attempt to disrupt referendum, deployed about 200,000 security forces.
So far at least eight people have been killed in occasional riots outside the capital between Morsi proponents and police officers and anti-Morsi groupings. An Islamist coalition steered by the Muslim Brotherhood had triggered demonstrations and called for a boycott of the two-day constitutional referendum, which concluded yesterday (Wednesday, January 15). Perhaps as a result of this, two hours before the voting commenced, a bomb exploded nearby Imbaba, a poor neighbourhood of Giza. Local media also reported that gunmen had fired at a church in Fayoum, a city near Cairo. No casualties were reported.
Furthermore, the Interior Ministry reported that four people died and nine others were injured, including two policemen, in riots between Muslim Brotherhood supporters and security forces in Sohag on the first day of balloting. The ministry officially stated on Tuesday (January 14) that proponents of the Brotherhood fired shots at passers-by from roofs trying to prevent them from reaching voting stations.
Although the turnover rate is difficult to predict, a victory of the army-backed charter is expected. If so, the chief of the army, General Abdel Fattah el-Sisi, is believed to run in the elections for the first democratically elected president.